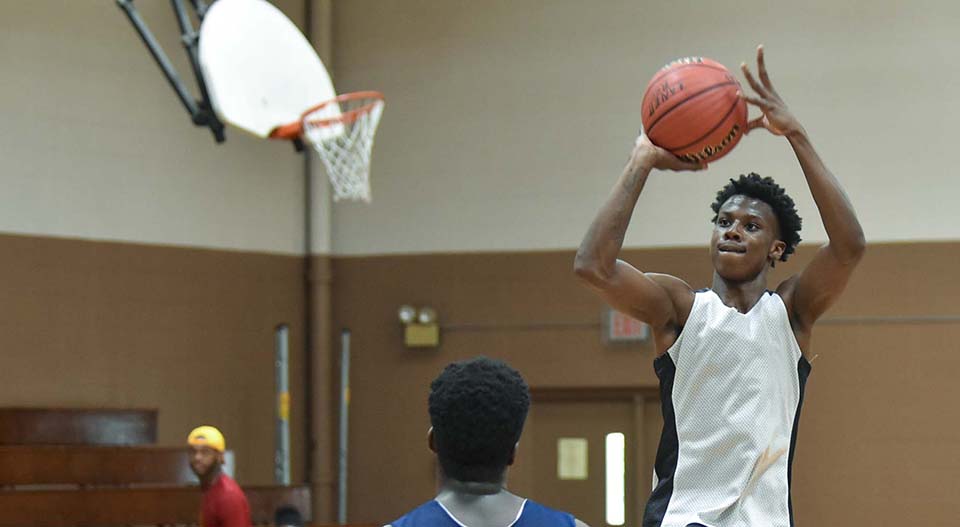 “Thinking of the way things went this summer, I think we got a lot out of it,” Lanett boys head basketball coach Richard Carter said. “I just wish we had another week so we could play three more games, I think it would help us a lot because we’re in the developmental stages. I think it’s been good.”

The Alabama High School Athletic Association’s (AHSAA) final day of summer play dates is June 21, while the top 100 boys and girls players will train together at an elite camp this weekend at Spain Park High School in Birmingham. Some of the local players who will participate include Lanett’s Cameron and Zameron Boozer, LaFayette boys’ senior Corey Boston and LaFayette girls’ junior Feliah Greer.

“That will be good for them,” Carter said.

For another summer, Lanett boys assistant basketball coach Trentavious McCants led the Panthers on the sideline.

“I think Coach [McCants] did a great job this summer,” Carter said as he embraced McCants under his arm.

“I think that they’ll help us,” Carter said. “We just have to get a little more out of the [Boozer] twins. If we get more out of the twins, then we’ll be a pretty good basketball team.”

In Lanett’s first game on Thursday, Valley junior Jacquez Trammell went toe-to-toe with Zameron Boozer, as the Panthers senior finished through contact over Trammell, but Trammell won the highlight of the day as he caught an alley-oop pass to dunk over Zameron with 3:07 to go in the first half to get the crowd on its feet. It was one of Trammell’s five dunks on the day.

Carter said that while the Rams were young last season, Valley has a good team.

“[Valley] did some things to us out there,” he said. “A lot of teams work on what they’re going to do during the season, whereas we just let our guys play.”

The veteran coach said that he isn’t concerned with any of the final scores during summer play dates because the ultimate goal goes beyond the surface-level competition.

“The way we look at it, kids today do not go out and play in the yard,” Carter said. “In order for us to get ours to play, we have to get them in the game and just let them play because if they’re at home, then they’re just going to be playing video games.”

This upcoming season will be the last for Carter, who currently has 693 career wins.

LaFayette and Valley went 2-0 at Thursday’s play date while Troup County and Lanett were on the flip side of the four-team event. The Tigers were missing a few key returners due to a football 7-on-7 day at Georgia Tech, and the Bulldogs were without Boston, who as aforementioned, is participating in the top 100 camp this weekend.