Need for blood at ‘critical’ levels 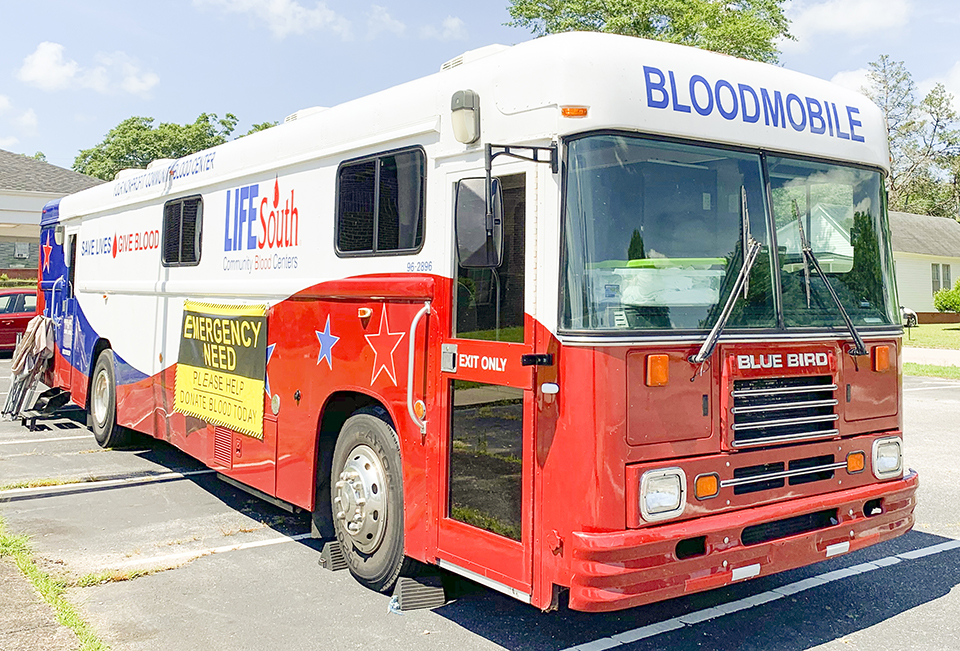 The Bloodmobile will be at the Bradshaw-Chambers County Library on Thursday. --Conributed

LANETT — The need for all blood types in Alabama are at critical levels, according to Rhonda Carpenter, South Alabama district manager with LifeSouth Community Blood Centers.

She said Monday the organization has less than a one-day supply to provide to Alabama hospitals. LifeSouth stores the blood donations taken during blood drives and at its donation center in Opelika. Hospitals then place orders every morning based on their needs for the day, and Carpenter said there are mornings when LifeSouth can’t fulfill those orders.

“We are just not seeing the donations,” she said.

Carpenter said summertime usually brings in lower amounts of donations, due to people being on vacation and school being out. Also, recent rain and hot temperatures could deter people from donating, she said.

Currently, LifeSouth needs all blood types, but O Negative and O Positive are in critical demand.

Even with all of the bloodmobiles from Huntsville to Mobile being out at businesses or government buildings, Carpenter said the organization is still having trouble supplying blood. She said if there is a major trauma at a hospital requiring significant blood transfusions, there is a real chance the organization would not be able to send any.

“The hospitals have blood, but they could run out, because we don’t have any extra,” Carpenter said.

The LifeSouth Bloodmobile was set up at the Chambers County Courthouse Annex Building Monday afternoon from 10 a.m. to 5 p.m. and will be at the Bradshaw-Chambers County Library again from 9:30 a.m. to 3:30 p.m. on Thursday.

Carpenter said if anybody wanting to donate blood can’t make it to the mobile bus, they would have to come to Opelika to its donation center near East Alabama Medical Center.

“The buses make it more convenient, because we go to schools and places of work — where people are more likely to donate,” she said. “We go to wherever the masses are.”

When going to donate, the process takes about 30 to 40 minutes. Donors must have a valid driver’s license or identification and if a donor is younger than 16 years old, they must have their parent’s permission. The donor will undergo a quick mini-physical, be asked about their medical history and recent travel experiences and then they donate.

Carpenter said the donation is about a pint, or 500 milliliters, which is very small in comparison to the body. She said most people have no side effects outside of being a little lightheaded, and there is staff trained to handle anything that happens. Donors also receive a T-shirt, snacks and juice.

There aren’t too many exclusions to donating, outside of being sick or running a temperature. Carpenter said many people think if they are diabetic, they can’t donate, but she said it’s best to have a consultation because many times that is not true. She said much of it has to do with the medication being taken.

For more information about donating blood or to find a blood drive, visit lifesouth.org.