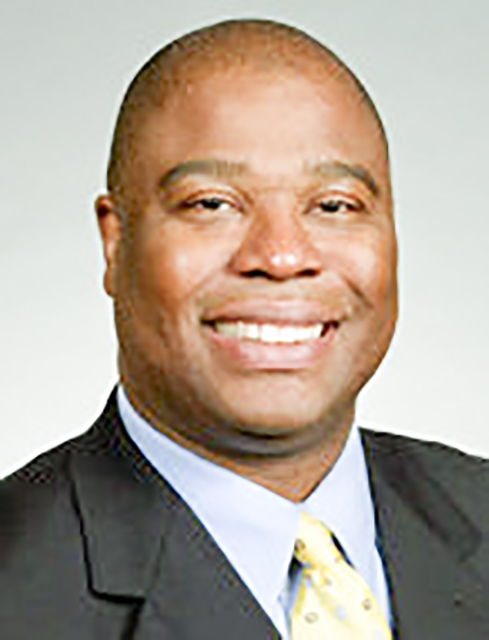 WEST POINT — The newest chairman of the Point University Board of Trustees knows the key to growing the university will be building relationships.

Andre Kennebrew was appointed to the board earlier this month, and when he first stepped onto the Point University campus two years ago, he was blown away.

“I was just so amazed by the sense of unity that the students had,” he said. “The sense of propose the teachers had and the vision the dean had. I just felt like to be at this place that I believe it is early in the process of being a powerhouse in the education field.”

Kennebrew said he saw Point’s future similar to two colleges he visited in the past — Liberty University in Virginia and High Point University in North Carolina. He said those were two small schools that were able to make big leaps in education because of its unique culture and pieces on with the university.

“I think Point is at a point where it has an alternative view for college and university that at this point could be very impactful,” he said. “In 5 to 10 years, we could see that impact on education.”

Kennebrew grew up in Columbus when his father was stationed at Fort Benning. He played football in high school and went on to Davidson College where he played football for four years. After college, he got his professional start in Kroger’s management training program. He then went on to work in the banking industry for 15 years at First Union National Bank, which is now Wells Fargo. During that time, he earned a master of ministry degree from Luther Rice Seminary in 2004. He currently is the senior principal program lead for the Leadership Development Program at Chick-fil-A, Inc.

Kennebrew said he understands the impact Point has had on West Point in the past few years. He said it has brought energy and excitement to the area.

“As the college grows, you hope to get more of that,” he said. “You want it to be a place where people go to find energy and vibrancy and Point can do that.”

Kennebrew said the most important thing leaders in the area can do is build relationships, and he wants to help Point build on the relationships already made.

“The stronger our relationships are, the better it will make everything for all,” he said.

Building relationships is essential but Kennebrew also knows the university has to create strategic partnerships as well. He said universities can tend to have an inward focus to improve education and while that is important, there is also a need to have community partners.

He said Point wants to help community partners grow any way it can, whether it is through providing them with a stable workforce or another method.

Additionally, Kennebrew wants to partner with the city to make West Point a destination for students.

“We want to strategically build West Point into a place where students want to go,” he said. “By making it feel like a real college town and where students can take advantage of the college experience.”

Aggressively expanding the practical programs and online offerings at Point is a key factor in keeping the college competitive as well, Kennebrew said. He said online classes allow students to get their degree at their own pace.

“Most of the students who need to be college don’t have the flexibility that they used to have,” he said.

Kennebrew said the number of students graduating from high school and going to a four-year college right away is shrinking. He said many students are working full time and need to attend college to advance their career. However, those same students need to work full time to support themselves.

Additionally, he said the number of college graduates that have substantial loan debt and are underemployed is staggering and needs to be solved. He said giving out more scholarships coupled with fewer student loans is part of the solution but the other part is creating a system where people can pay for their education as they progress.