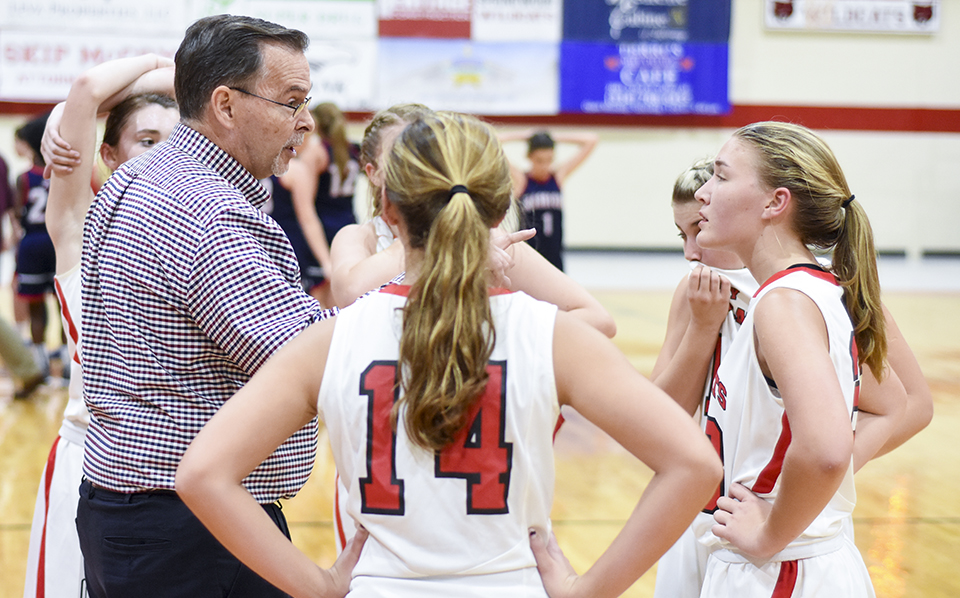 Springwood Headmaster and girls basketball coach has taken a job as Head of School at Harvester Christian Academy in Douglasville, Georgia.

Johnson said he turned in his resignation to the Chattahoochee Valley Educational Foundation Board of Trustees and announced the decision to the families of Springwood earlier this year. He has accepted a position as Head of School at Harvester Christian Academy in Douglasville, Georgia.

Johnson said there have been several positive things at Springwood throughout his past seven years, and it is time for a new opportunity.

“We feel like we have positioned Springwood for the future,” he said. “It is time for somebody else to take the baton and move forward. It is definitely in place for that to happen.”

Although Johnson is taking a new job, he didn’t arrive at a decision lightly.

“As we had these conversations, we were constantly praying,” he said. “And what we believe the Lord is trying to tell us … and based on the impressions and circumstances, this is what the Lord wanted us to do.”

Although he has announced his decision, he isn’t leaving his post just yet. He said the trustees haven’t decided on his replacement, and he won’t leave until there is another headmaster in place. He said the realistic date for his departure would be September or October, but at the latest, he would leave in December.

“The plan is definitely for me to be here at the start of the year,” Johnson said.

During his leadership at Springwood, the school has realized enrollment growth, with 249 students in 2012 to 278 students this past year. Additionally, the school has an all-time high average ACT score for a graduating class in 2017 and students breaking scholarship offer records three years in a row. He said that the 2017 class averaged more than $100,000 per student in scholarship officers and more than $2 million each of the past three years.

Johnson said the Class of 2020 has the potential to break $4 million by next May.

Throughout the past seven years, the Springwood campus has also seen several facility improvements, including a complete revitalization of the Boswell Gymnasium with a new wood floor, new bleachers, baskets and a new paint job. The kindergarten, elementary and media center also received upgrades in appearance and technology.

Johnson and his wife Lynda also started the International House on Springwood’s campus. The school reshaped one of the classroom buildings and turned it into a dormitory style facility for international students. Johnson and his wife live in the building and serve as house parents in the 30-bed facility. He said there were nine students in the building this past year. The International House program is under the direction of Ann Nixon.

Johnson also spent time as the head coach for the junior varsity and varsity girls’ basketball teams. Since 2012, Springwood won back-to-back regional championships, four straight final four appearances, finished sa runner-up and won an AISA 2A state championship with a perfect 30-0 season in 2016. It was the school’s first state title for in 14 years.

Other accomplishments include making the school leaner financially, mentioning he was able to slash about $45,000 in utilities throughout his time. He said he put a model in place and created a culture.

“You can have plans and goals, but your culture is the key,” he said. “I believe we have built a culture to accept the international program. Our students have been receptive to it, and the relationships that have been formed, you can see the whole thing working well.”

Johnson said he’ll miss the people at the school after building relationships with students, faculty and staff.

“They are good people and have supported my leadership,” he said. “We have had very little opposition internally to what we are doing.”

Johnson said his time at Springwood will be unforgettable, and he looks forward to setting the school up for success beyond his time.

“There will never be words strong enough for me to express to our Springwood family what the past seven years of serving as headmaster have meant to me and to Lynda,” he said. “To put in simply, we love Springwood.”