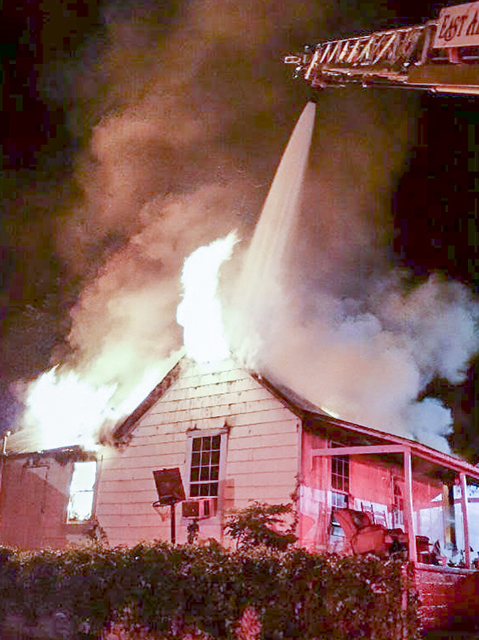 A structure fire in Valley Wednesday destroyed a single-story house, according to the East Alabama Fire District. There were no injuries and the cause of the fire is under investigation. — Contributed.

VALLEY — A structure fire in Valley Wednesday destroyed a single-story house, according to the East Alabama Fire District.

Assistant Fire Chief Kerry Pickard said the fire was in the 5500 block of 21st Avenue in Valley. When firefighters arrived, the home was fully engulfed in flames and roof had already collapsed.

“We have no reason to believe anybody was there,” he said.

While fighting the blaze, Pickard said nobody was injured, and there was no damage to other structures. He said Huguley Fire Department did assist in the fire and the home collapsed as a result of the incident.

The cause of the fire is undetermined, and the East Alabama Fire District is conducting its own investigation into the incident.