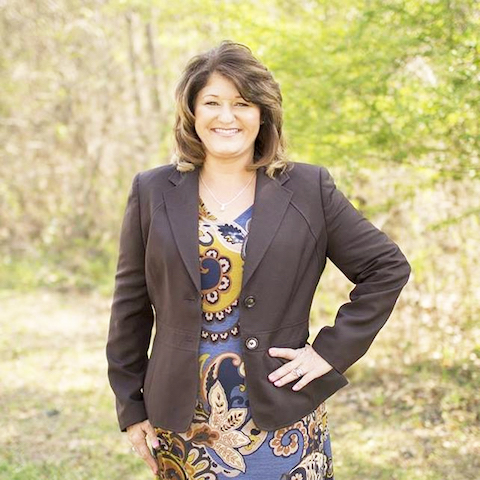 LaFAYETTE — State Rep. Debbie Wood stopped by the Chambers County Commission meeting Monday night to update the commissioners about laws that were passed during the House session.

Wood, R-Valley, started off with the two laws that got a lot of media attention — the abortion ban and the gas tax.

The abortion bill in Alabama makes it a felony to perform an abortion unless the mother’s life is in danger and does not have exceptions for rape and incest. Wood said the bill is expected to be blocked in court. The gas bill was approved, adding a 10-cent-a-gallon increase to be phased in throughout three years beginning with a six-cent increase on Sept. 1.

Wood also spoke about legislation impacting the education system. One bill would require third graders to meet reading benchmarks before moving to fourth grade. Another bill makes every elementary school start the day with the Pledge of Allegiance, but the bill doesn’t require the students to participate. The House also passed a law allowing voters to decide if they want an elected or appointed state school board and another bill that will give public school employees a 4 percent raise while setting a minimum salary of at least $40,000 for teachers.

On the criminal justice front, Wood said there was a bill that made multiple changes at the state parole board, including making a gubernatorial appointment, which could be dismissed at will by the governor. Also, she talked about a bill that requires a person who commits a sexual offense against a victim younger than 13 years old to undergo chemical castration as a condition of parole.

“We are going to try really hard to ensure when somebody gets out of prison they can’t hurt another child,” Wood said.

She also mentioned the medical marijuana study commission bill, which establishes a commission to make recommendations to lawmakers to consider in 2020. She said there are farmers in Alabama right now who can grow medical marijuana, but there isn’t a law to actually use the medicine.

Other legislation of note were two laws aimed at expanding broadband access — one that expands an existing grant program for broadband providers in rural communities and another that allows electricity providers to get into the internet business if they wish.

Wood also spoke about the laws that didn’t pass this session, including the lottery bill. She said the sticking point was where the revenue generated from the lottery would go. When the lottery bill passed the Senate, it was supposed to be 100 percent for the general fund. When it got to the House, it was amended to 75 percent for the general fund and 25 percent to the education fund. The bill never made it out of committee and stalled.

Wood said the lawmakers will revisit the issue next year.

VALLEY — Jonathan Herston, the director of the Circle of Care Center for Families, was the guest speaker at Wednesday’s... read more