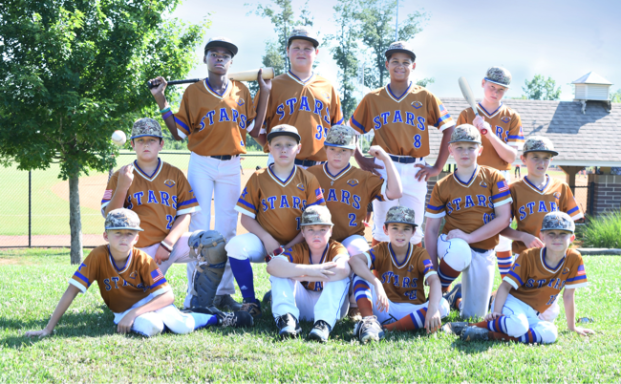 AUBURN — Some of the best 10-year-olds will gather in Viera, Florida at the USSSA Space Coast Complex, from July 14 through July 21 to battle it out for the USSSA Wilson DeMarini Elite World Series Championship.

The Beehive Stars 10U team, based out of Auburn, won the Gulf Shores Major Super NIT, which qualified them to be one of those select 32 teams. Last year, they were ranked No. 13 in the nation, and are now the only team from Alabama to go to the DeMarini Elite World Series for the second year in a row. They will compete against teams from California, Texas, Kentucky, Georgia and all across the United States.

Valley-native Bryant Hopkins, the son Chuck and Valley High School head softball coach Torie Hopkins, is on the Beehive Stars. Hopkins was invited to play in the Atlantic Region All American games later in the month.

Throughout the year, hundreds of games are played to determine what select 32 teams will make the USSSA Wilson DeMarini Elite World Series Champion tournament. For the boys of Beehive 10u, there have been many perfect games, unbelievable hits, and diving catches, as well as some upsets; but there is no denying the talent from this group boys.

This World Series will be the true test to see how they stack up against some of the absolute toughest competition across the United States.

“Year in and year out, the USSSA Wilson DeMarini Elite World Series has been the ‘Grand Daddy of Them All,’” representatives of the team wrote in a statement. “If you truly want to see some competition in the baseball world at the zenith of all sporting venues, this is it! USSSA’s mission is to be the most visibly recognized, technologically advanced, professionally represented sports organization in the world.”

LaFAYETTE — This season’s schedule for the defending AISA Class A state-champion Chambers Academy Rebels was recently finalized after a... read more