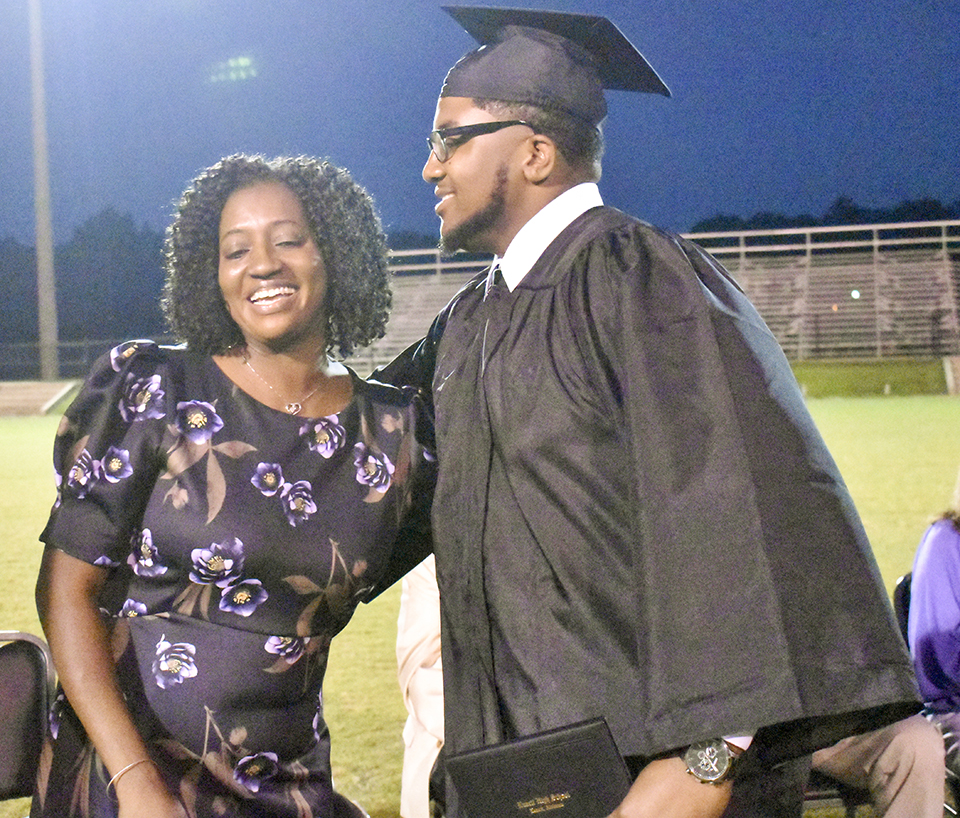 New Lanett Superintendent Jennifer Boyd hugs a graduating Lanett student this past May.

Jennifer Boyd assumed the role as interim superintendent for the school’s district as former Superintendent Phillip Johnson has officially retired from the state of Alabama. He has accepted a job as director of special education for the Harris County School District in Georgia.

Boyd most recently was the principal of Lanett High School and said it is an honor and a privilege to serve in such an important role.

“Mr. Phillip Johnson was a great leader, and I am fully aware that I have big shoes to fill,” Boyd said Monday in an emailed statement to The Valley Times-News. “However, I am excited about the challenge in doing so. Our school district has excelled in many areas, and my overall goal as interim is to continue to lead our district toward excellence in every aspect.”

Taking over her role at Lanett High School is Bryant Lumpkin, former vice principal of the school. Lanett City Schools Board of Education Chairman Gwen Harris-Brooks said previously the board will conduct a national search for the next superintendent. Boyd’s contract as interim superintendent is slated not to extend for a term beyond 180 days.

Johnson, who was the superintendent for 11 years, said it was easier for him to walk away from the job because he knew the district was in good shape with Boyd.

“I know who will be stepping into the office, and I think it is a great decision on the board’s part,” Johnson said in the past. “Boyd’s direction of the high school has flourished under her leadership, and I think the district will too.”

“These practices will aid us in addressing, minimizing and removing barriers to achievement such as poverty, lack of motivation, and attitudes toward education that we are seeing locally, across the state, and across the nation as a whole,” Boyd said. “These are just a few of the challenges that we face in education, but Lanett City Schools will continue to strive toward overcoming any obstacles, in the pursuit of excellence.”