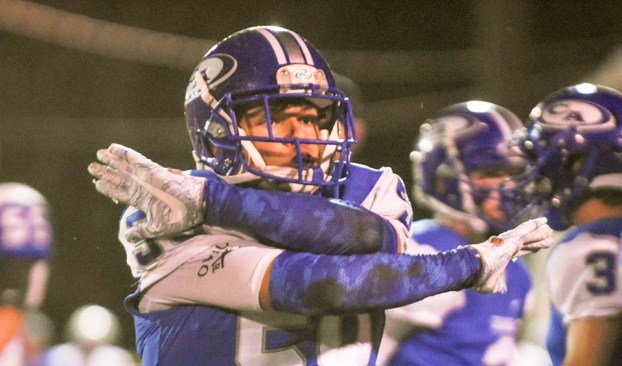 LaFAYETTE — This season’s schedule for the defending AISA Class A state-champion Chambers Academy Rebels was recently finalized after a brief halt in the process.

Chambers Academy currently has 10 total scheduled games this season, four on the road and five at home.

The Rebels open the season at home against Lee-Scott on Aug. 23. Chambers Academy defeated the Warriors 44-0 to begin the 2018 season. Lee-Scott finished the year 0-11.

Week two’s matchup against Tuscaloosa Academy’s location was “to be announced” as of Friday afternoon. The Knights have made the playoffs for the last nine seasons. 2005 is the last time the AISA 3A school, then 2A, faced 1A Chambers. Tuscaloosa Academy won the road game 28-0. This year marks the first season for John Copeland being a head coach in Tuscaloosa. Copeland is the Valley High School graduate who played for eight NFL seasons for the Cincinnati Bengals.

Week three is back at home against Abbeville Christian on Sept. 6. The Generals went 2-8 in 2018, and lost 41-14 to Chambers Academy at home last season.

Week four marks the first area game of the season, as the Rebels host Cornerstone Christian. The Chargers also finished last season with a 2-8 record, losing to Chambers Academy 57-7 in 2018.

Area play then continues on the road as Chambers travels to Southern Academy in Greensboro on Sept. 20. Last season, the Cougars made a run to the second round of the playoffs, finishing with a record of 8-3. Chambers Academy defeated Southern Academy 42-14 in 2018.

On  Sept. 27, Chambers Academy takes the quick trip up Hwy. 50 to face crosstown-rival Springwood in Lanett. The Wildcats finished 2018 with a 4-6 record in head football coach John Gartman’s first season with the program. 2014 marked the last season that Springwood has defeated the Rebels in football.

In the second-to-last road game of the regular season, Chambers Academy will travel down to Montgomery to face Success Unlimited on Oct. 3. Last season marked the first-ever year that Success Unlimited had a football team, and the Rebels did not face the group.

The regular-season road schedule wraps up in Carrollton at Pickens Academy for an area matchup on Oct. 11. The Pirates finished last season 2-9, losing to Chambers Academy 49-0.

Homecoming also marks the final area game of the regular against Meadowview Christian on Oct. 18. The Trojans went 0-9 in 2018, losing 46-6 to Chambers Academy last season.

Having the open week on Nov. 1 before the playoffs, the regular-season finale and senior night will be on Oct. 25 against Bessemer Academy. Bessemer played in the 3A championship game last season, and finished the year with a 9-4 record.

Chambers Academy has been undefeated for the last three regular seasons now.

WEST POINT — A quartet of teams from West Point are prepared to play in state tournaments this weekend. The... read more