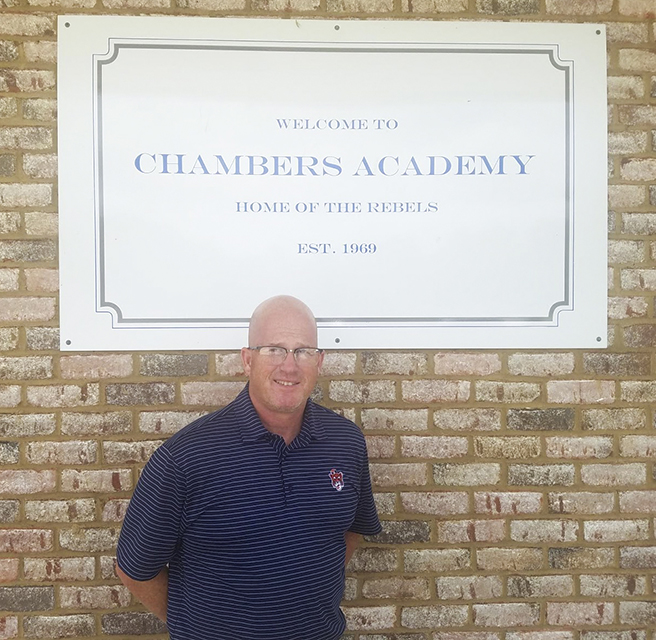 LaFAYETTE — Chambers Academy has hired Jon Owens as its new assistant headmaster, according to a news release from the school.

Owens is a LaFayette native and graduated from Chambers Academy in 1988. He recently retired from Alabama’s public education system where he served as assistant principal at Stephens Elementary in the Alexander City School System.

During his time at Alex City, he also worked with both the football and baseball varsity teams. His tenure with Chambers Academy will also include taking over as head girls varsity softball coach, succeeding former coach Brandi Fuller.

Chambers Academy Headmaster David Owen said he is excited to have Owens join the administrative team, noting that has an extensive background with using technology in the classroom.

“Mr. Jon Owens will be a big asset to CA with our continued enrollment growth projected to reach a twenty year high for the 2019-20 school year,” Owen said in a news release.

Owens is married to Alice (Mahan) Owens and their family currently resides in Alexander City.

They have three children, Luke (18), Audrey (15) and Jake (14) that all currently attend Benjamin Russell High School.