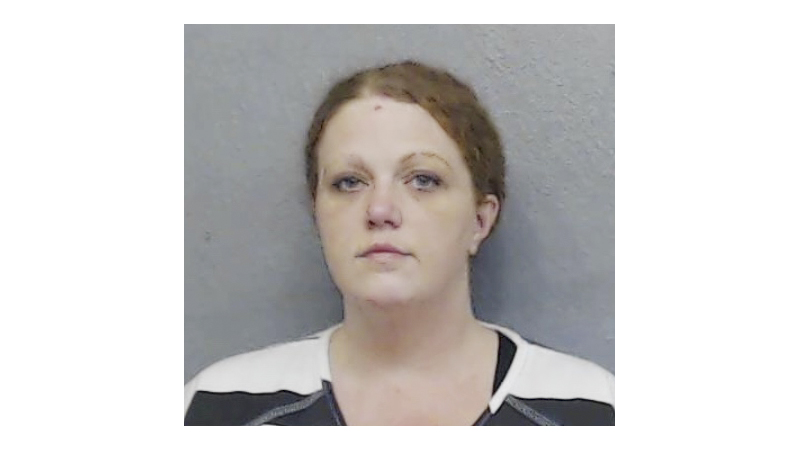 VALLEY — The Valley City Council on Monday unanimously approved a resolution to have a public hearing on Monday, Aug. 12 to consider revoking the business license of Family Tax Service. Notice of the hearing has been forwarded to owner Christine Williams, who was charged last week with theft of property. Williams is accused of stealing federal tax returns that were due to her customers.

Thus far, a total of 16 victims have come forward in this case, according to the Valley Police Department. More than 40 checks have been cashed with more than $100,000 being diverted.

Police Chief Tommy Weldon said he had been in touch with IRS officials and would meet with them on Wednesday to discuss it.

“We hope to get them involved,” he said. “Information is still coming in on this.”

An investigation began when one of Williams’ customers told Valley police that he was expecting a tax refund in the neighborhood of $5,000 and had yet to receive it. Valley officers tracked it down and had found that a check in the amount of $6,694 and an additional check in the amount of $500 had been cashed at a local business in Valley. “Two checks in the amount of $7.394 were cashed, and she got the money,” Chief Weldon told members of the council at Thursday’s work session.

Some customers of Family Tax Service told police they weren’t expecting big returns, didn’t get them but big refunds had been cashed in their name. The business was able to do this in many cases because customers had signed over power of attorney. In other cases, there’s the possibility that fraud was committed.

In one case, a refund check was sent to a bank in Texas. Local purchases have been made with a debit card from that bank.

Valley police are asking anyone who had sought their return through Family Tax Service to contact Lt. Chris Daniel at (334) 756-5261 in the event they have not gotten their return.

In other business on Monday, the council approved a resolution accepting a bid to build a 750,000-gallon elevated water tank in Valley Industrial Park. The tank will be approximately 140 feet in height and will sit across Huguley Road from Rehoboth Baptist Church. The contract will be going to Phoenix Fabricators & Erectors, Inc. for just over $1.7 million and Caldwell Tanks, Inc. for just under $1.9 million. A new pump house will be needed on 55th Street. The project will be up for bids this week and possibly approved by the next council meeting on Aug. 12.

These projects will be paid for with bond money.“We have $4.8 million set aside for infrastructure improvements,” Riley said.

The council approved an expenditure for the 9 & 10-year-old all-star team that will be playing in the Dixie Youth Baseball World Series in Lumberton, North Carolina. An expenditure of $8,800 will cover the costs for the rooms needed by the boys, their families and coaches. Another $1,500 will cover the costs of the new jerseys they will be wearing.

A two-item consent agenda was approved. One item authorizes a contract with the Auburn Department of Public Safety allowing off-duty police officers to assist with security at Auburn University home football games. The second item sets the pay for resource officers Lawrence Howell and Sandra Crim.

The council approved a proclamation extending the city’s support for the annual Chambers County Day of Prayer, which will be taking place at 7 p.m. EDT, Friday, Aug. 2 just off the courthouse grounds in downtown LaFayette. Diane Perry was there to receive a copy of the proclamation. This is the 18th consecutive year for a Day of Prayer. The first one took place only a few days before the 9-11 terrorist attacks in New York City and Washington, D.C.

The rules were suspended and the council approved on a first reading an amendment to the city’s zoning ordinance that would change the zoning designation for property located at 2335 Columbus Road. It has been changed from R2 to FAR.

Ordinances were approved to sell two city-owned lots. Willie and Lashunda Reed are purchasing one of the lots for $2,500. The lot is located off California Road in the River View community. Reginald Brady is purchasing the other lot for $1,000. It is located off Hodges Street.

In most cases, the city acquires these lots in condemnation proceedings. Selling the property helps the city recover the costs of cleaning them up.

State Rep. Debbie Wood was present at the council meeting to offer an update on the 2019 legislative session.

She said that a total of 1,087 bills had been filed with less than 400 of them being passed. The main accomplishment was the passage of a six-cent gas tax. It’s the first one approved by the state since 1992 and goes into effect on Sept. 1. The legislature drew national attention for an abortion bill it passed.

“It was for the life of the mother,” Wood said. “It did not include rape or incest. It’s the strictest bill passed since Roe v. Wade. It’s going to be challenged in the courts.”

Other legislation will make sure children are at grade level in terms of reading when they are in the third grade. They won’t be passed on to the fourth grade if they are not.

Students will also be required to say the Pledge of Allegiance each day.

There’s a move in the legislature to replace elected school boards with appointed ones. “People will be able to vote on it,” she said. “We have got to do something to improve the quality of education in the state.”

Raising teacher salaries is part of that.

Teachers are getting a 4 percent raise this year. Also getting raises are correctional officers. That’s due in part to the difficulty in finding and keeping them.

A new broadband law that’s been passed may have some immediate local benefits.

A total of 176 homes in the Five Points area have been selected for this. “I’m excited about this,” Wood said.