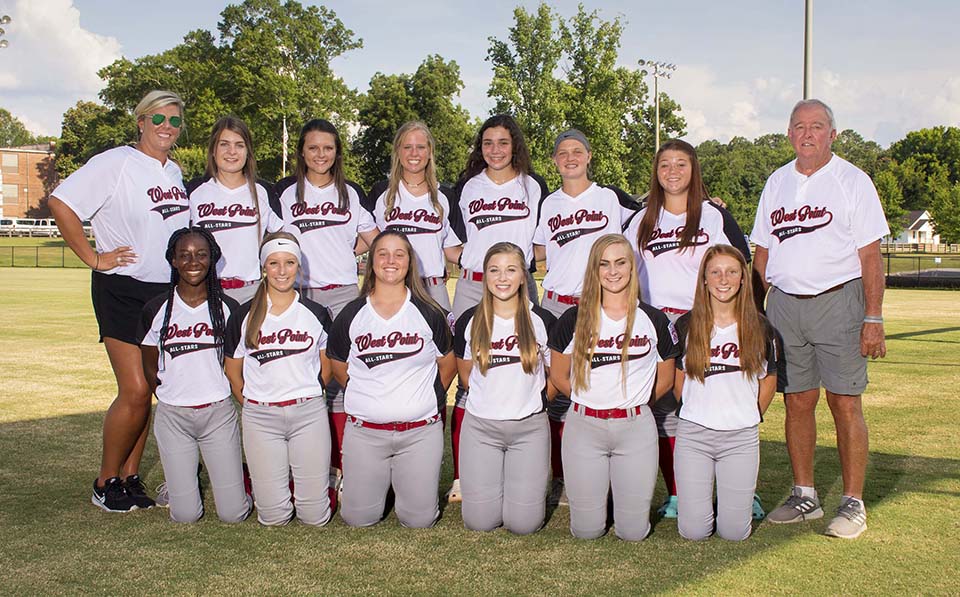 WEST POINT — A quartet of teams from West Point are prepared to play in state tournaments this weekend.

For the first time in four years, the West Point 10 and under baseball all-stars will be in Athens, Georgia on Saturday to begin play in an 8-team bracket for the state tournament. The team’s first game at Holland Park is against Smyrna Blue at 1 p.m. West Point earned a spot in the tournament after winning the district tournament with a pair of victories over South Fulton. The coaching staff features Valley freshman football coach Thomas Hill and one key player to watch is Colt White, who hit a two-RBI triple and picked up a win on the mound during the district tournament.

“He has a lot of experience in coaching,” West Point Parks and Recreation coordinator George Greene previously said of Hill. “He knows how to deal with kids, how to motivate them and he has a lot of knowledge. He’s coached high school baseball before, a lot of football and some basketball.”

The 16 and under softball all-stars defend its state title on Sunday at 11 a.m. in Crawford Creek Park after being granted a first-round bye.

“I think they’re going to be a tough team to beat,” Greene said. “You never know what the other teams have, though. Anyone of those teams can go up there and have their day.”

Last year was the first time West Point’s 16 and under team won the state championship.

“They’re good, quality players,” Greene said. “The majority of them on the 16 and under team are high school players who compete at a fairly high level.”

All three local softball teams automatically qualified for the state tournament because there aren’t enough teams in each age group to have district tournaments.

All state tournaments use the double-elimination method.

From July 13 through July 18, West Point will host the 14 and under boys state tournament. Last year, West Point’s team finished the summer with a 2-2 record.

“We hope everybody comes out and supports them,” Greene said. “Come out, watch some good baseball and support the home team.”