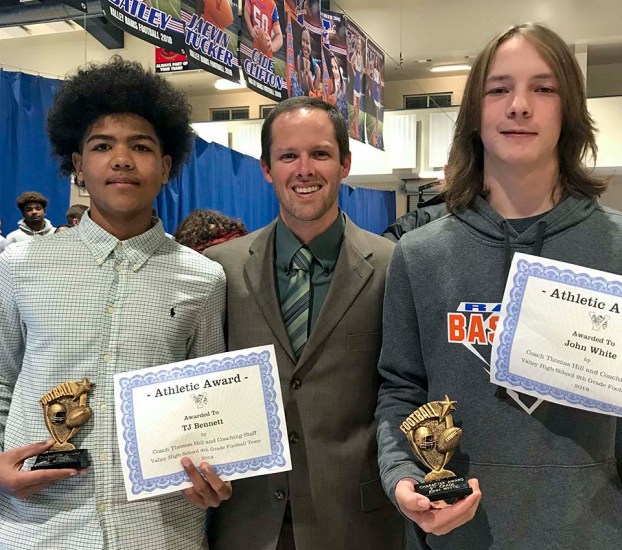 BEULAH — Thomas Hill had his first day as an assistant coach on the Beulah football staff on Wednesday morning at Lanett High School for a 7-on-7 workout between the Bobcats and the Panthers.

“Those guys in the Beulah secondary can be groomed into a good unit,” Hill said. “They seem like they have a lot of talent and a lot of want to. They weren’t on top of their game yet, but I can see that they’re going to be a really good unit. I believe they can get from a point A to a  point B very quickly. I’m looking forward to working with those defensive backs, they’re going to have the biggest improvement on the defense over there especially.”

Hill said that new Beulah head football coach Matt Johnson reached out to Hill about the possibility to join the staff earlier this summer. What ultimately sold Hill on the move was being able to coach back on the varsity level. He said that Valley head football coach Buster Daniel was trying to move Hill up with the varsity team, but with the football staff standing pat, there wasn’t necessarily an opportunity for the coaching veteran to move up this season.

“I can’t say enough good things about Coach Daniel,” Hill said. “He’s a good man, he gave me an opportunity over there. He did not try to micromanage me. He is the right guy for that program. I worked for so many incredible bosses, from [Valley High School principal] Dr. [Sherry] Ashe to assistant principals Casey Chambley and Kenneth Redding, I enjoyed them so much. I got to meet so many great people that taught me so much over there, and I really enjoyed my time over there with all of my students.”

Hill is a history teacher, a subject that he will stay with at Beulah. After announcing his new position on social media, senior Arteria Florence responded by thanking him for teaching her that if she wanted something in life, she had to earn it.

“Wow,” Hill said when he initially heard the response. “That means a lot. I’m a teacher first, whether it’s in the coaching realm, or the classroom. For her to say that, it must mean that I must have done something right, although I do not feel like I did half of the time.”

Last season, the Valley freshman football team finished with an unofficial record of 2-5-1, losing four games by a total of 11 points. The team lost two of its stars to the varsity level in running back B.J. Baker and defensive back K.D. Hutchinson.

Hill came over to Valley from his alma mater of Springwood School. In five seasons with the Wildcats, Hill made the playoffs in back-to-back seasons in 2014 and 2015. He left the AISA 2A program for the opportunity to coach at a bigger school in ASHAA 5A Valley.

With the Bobcats, Hill said that he’s looking forward to working in a tight-knit community like Beulah. The rest of his coaching duties, outside of football, haven’t been solidified yet, but he could potentially assist coaching in a number of other sports as well.

LANETT — After a brief break for the fourth of July holiday, the Lanett Panthers football team returned to workouts... read more