Humane Society has first meeting since 2017 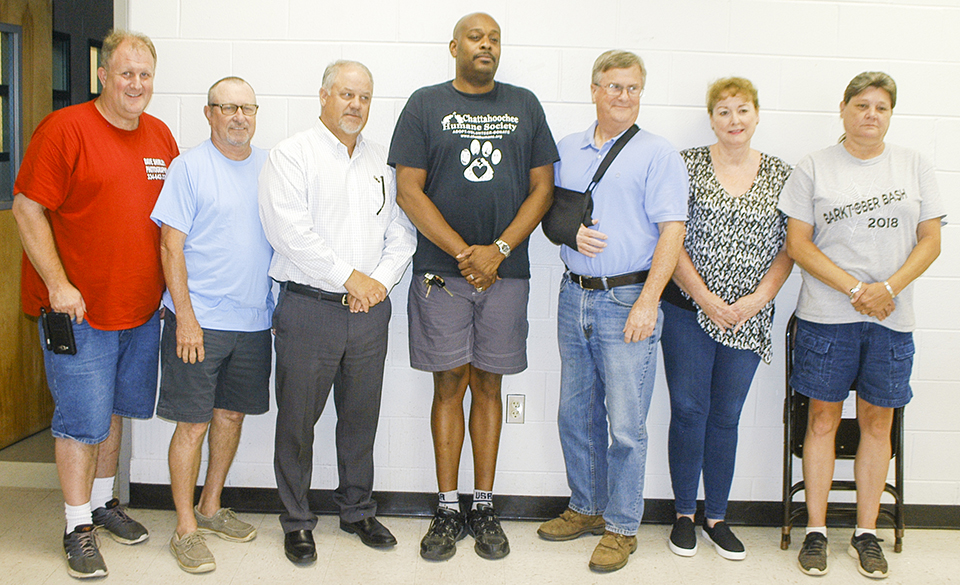 VALLEY — On Monday evening, the Chattahoochee Humane Society’s board of directors held its first public meeting since having its 501(c)(3) nonprofit status restored.

According to board members, the 501(c)(3) was revoked in 2017 following several years where the organization failed to send proper documents to the IRS.

The current board hired Machen, McChesney & Chastain LLP of Auburn to straighten out the necessary bookkeeping, which has now been done to the satisfaction of the IRS.

The board is now wrestling with the fact that a large amount of money — an estimated $220,000 — was spent on what was planned to be a new animal shelter.

The project proved unfeasible and the building was sold. The CHS now has about $80,000 in available cash.

Ron McClellan told the board that some accountability was needed.

“It shouldn’t be swept under the rug” when that kind of money disappears, he said. He said it didn’t look good that the building had been purchased from a family member of the then-board president. He also questioned a high interest rate of 9.9 percent that had been involved in the transaction.

Stanley Tucker, the current board chair, told McClellan that if he felt any laws had been broken to take that up with the district attorney.

“I think more should be done to hold the past board accountable,” McClellan said.

Tucker said the main thing here is that shelter manager Shon Sims and her staff had continued to do a commendable job of continuing to run the shelter and that they deserved the board’s full support.

McClellan said that he didn’t like being “blown off” when he was trying to help.

Commissioner Debra Riley, who attended the meeting as a concerned citizen, said she’d like to know where the board plans to go from here.

“We want to adopt out every animal we can,” Tucker said. “It’s our utmost priority to reduce the number of animals (being euthanized).”

Board Member O’Neal Shaw said there’s no current goal to expand the shelter.

Tucker said he was pleased the shelter’s release live rate is going up. In the recent past, it was down to 20 percent or so. Now it’s up to 50 percent.

“Shon and her team are responsible for this turnaround,” he said. “We commend them for the job they are doing.”

Board Member John Radford said that fundraising had been down in recent years, but that this had turned around.

“We couldn’t justify asking for donations without a 501(c)(3),” he said. “I think we’ll slowly start to see more fundraising activities going forward. It’s not our goal to deal with the past. It’s our goal to move forward from a bad situation.”

When McClellan again said that this shouldn’t be swept under the rug, Tucker countered by saying that board members aren’t paid for what they do, that it’s volunteer service.

Shaw said the accounting firm of Machen, McChesney and Chastain conducted a forensic audit of the unreported period and that the IRS was satisfied with it.

“We have done our due diligence,” Radford said. “All returns have been filed, and we are up to date. Hallelujah.”

“We want to make the most efficient use of our time in fundraising,” Tucker said. “We will work on this as we go forward.”

“We need to have the community involved in what we are doing,” Radford said. “We need to bring awareness to what we have been through.”

“Mistakes were made,” Tucker said. “We will make improvements to the existing facility. We want to get the word out that the current shelter staff has done a great job. Pet owners can help, too. By having your pet spayed or neutered it can lengthen their life an additional three to five years.”