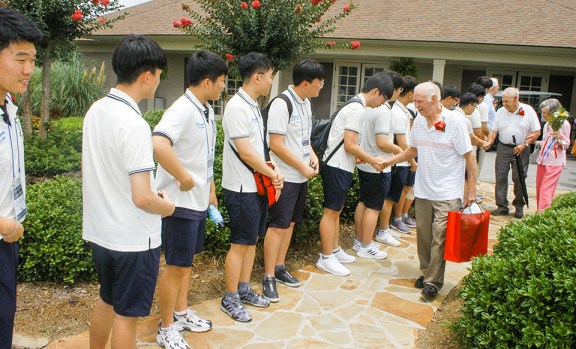 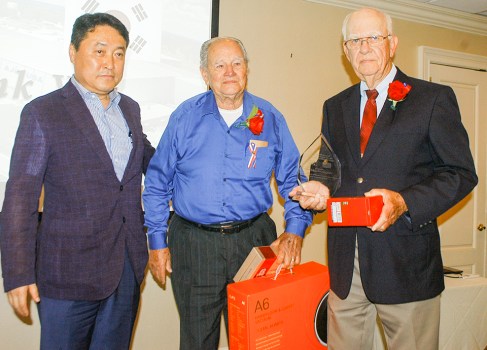 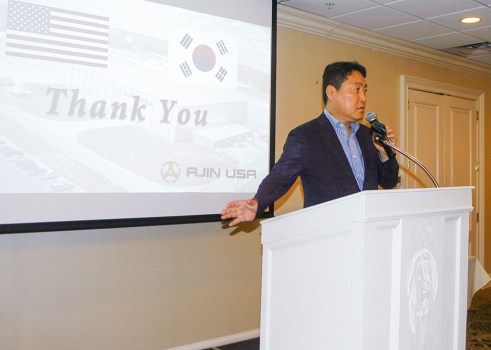 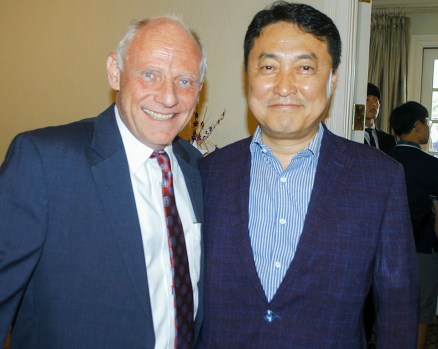 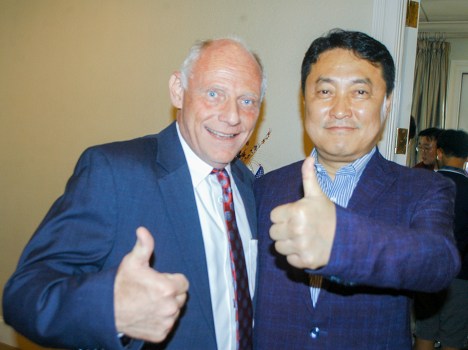 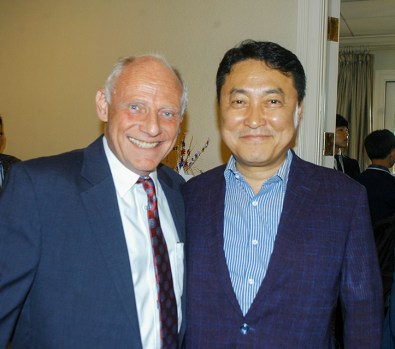 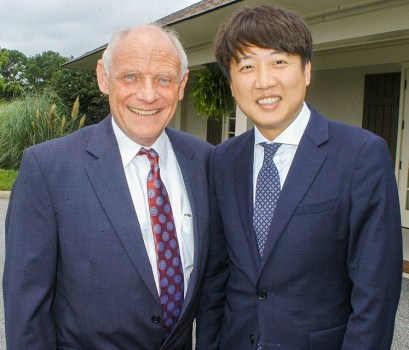 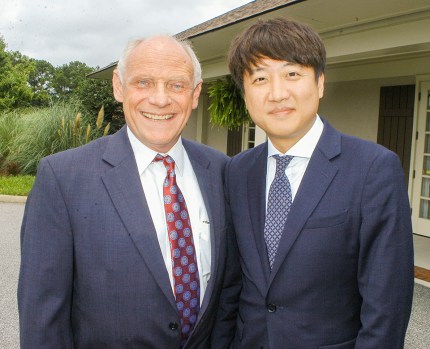 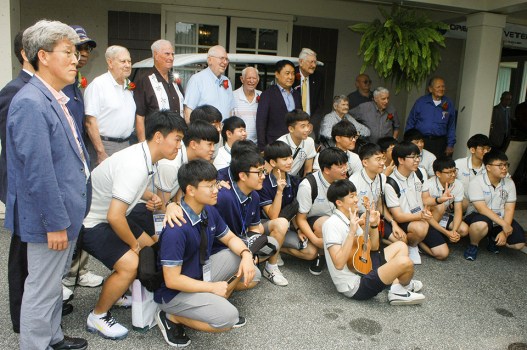 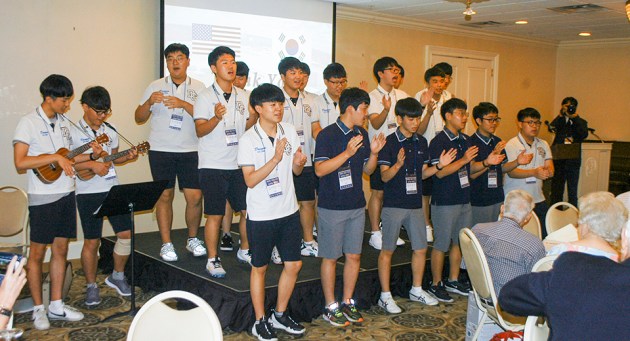 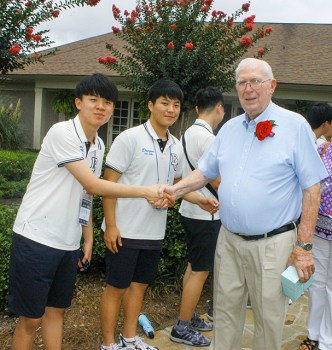 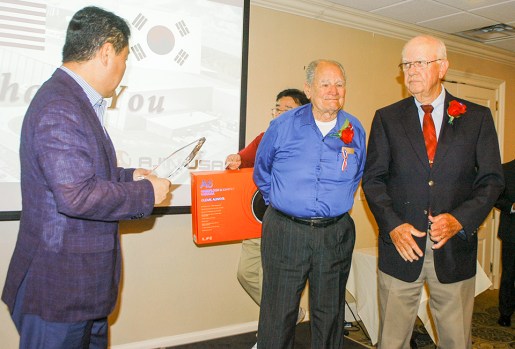 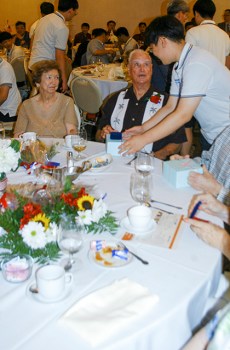 OPELIKA — Eleven Chambers County veterans who served in the U.S. Armed Forces during the Korean War were honored in a Saturday ceremony at Saugahatchee Country Club.

Two local Kia suppliers, Ajin USA and Wooshin USA, hosted the event. It was the seventh consecutive year the two companies have joined forces to honor local veterans who participated in the war.

The event began with a moment of silence for two local veterans of the Korean War, Bobby Lott and Leon Powers, who passed away during the past year.

Keynote speaker Jung-ho Sea, President and CEO of Ajin and Wooshin, told the crowd that he’d recently lost his father.

“He would have been 90 years old on Sunday,” he said. “My generation and my son’s generation will never forget what our greatest generation did. The Korean people have a way of showing gratefulness to our elders, and we would like to show that.”

Standing on a platform, Mr. Sea and his son, Joon Sea, took off their shoes, knelt and placed their faces on the floor in a showing of great respect for that generation, and what they did for the generations that have followed.

In his remarks to the gathering, the younger Sea said it was an honor for him to represent his father along with Ajin and Wooshin. Currently a high school student in the Birmingham area, Joon Sea said he’s made some good friends with the students at his school and has been invited to visit them in their homes.

“I visited one family during the Easter holiday and enjoyed it very much,” he said. “Easter is celebrated very differently in the U.S. than it is in Korea. I especially enjoyed meeting the grandfather of my friend Grant Freeman. Grant is a catcher, and I am one of the pitchers on our baseball team.”

The grandfather is a World War II veteran and served in the Pacific Theater.

“He passed a few months later,” Joon said. “But I am so glad I was able to meet him.

They say, ‘don’t meet your heroes.’ I say why not? There are heroes in this room today. They have not forgotten us, and why should we forget them?”

The attendees were treated to music performed by a three-piece ensemble including a pianist, a cellist and a violinist.

Singer/songwriter Kat Elizabeth from Huntsville sang “American Pie,” “Let it Be,” “Hotel California” and “Country Roads.” Much to everyone’s surprise, some boys in the crowd started clapping and singing along when Kat began singing the John Denver classic.

Immediately after her performance, those boys, who were students at Daegun High School in Korea, took to the stage and sang that song themselves. Coincidentally, it was part of their performance that was to follow.

The boys’ choir included 19 singers and two guys on ukuleles. Following “Country Roads” they sang “Oh Susannah,” putting extra emphasis on “Alabama” when singing about having a banjo on the knee.

The program concluded when Mr. Sea presented an award to Lanny Bledsoe and Ray Rogers, who accepted it on behalf of all 11 veterans present. Mr. Sea said he hoped to see all of them again next year.

The veterans were presented gift bags, posed for group photos and as they were leaving, the boys from Daegun High formed a line and shook each one’s hand, and each veteran smiled appreciatively.