LaFayette Parks and Recreation board has full membership 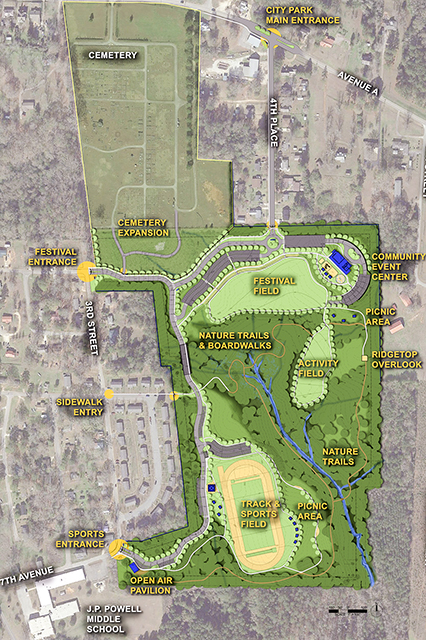 LaFAYETTE — The LaFayette Parks and Recreation Board is full after the LaFayette City Council made its final two appointments this past Monday.

In District B, Councilwoman Charlotte Blasingame nominated Nell Finley to the board and in District D, Councilman Michael Ellis nominated Charlene Story. Both nominees were confirmed by the council, bringing the park board to its full capacity.

Finely and Story join Twyla Pullen, Kerry Towles and Debbie Butler on the board. Michael Ross serves as the board’s president, which oversees the day-to-day operates of the city’s recreational leagues.

According to Councilman Toney Thomas, the board members are picked by the mayor and council from each district. The mayor does not have a recommendation for this board. Those members meet and make recommendations regarding policies affecting recreation leagues and report to Thomas, Ellis and Neal McCurdy.

Those councilmen then bring the policies back to the city council meetings for feedback or approval.

The city has recreational programs for baseball, softball, basketball, football and cheerleading, according to its website.

Because a certain amount of money is allotted to each sport every year, the recreational board is required to turn in a financial statement every month, which Thomas said the board is diligent in doing.

The money collected by the board to support the programs come from charging admission fees to games. The money from the games is also pumped back into the program to keep them running or to host banquets for players or pay referees.

However, all financial expenditures must go through the city council, Thomas said.

“Before any money is spent, it has to be voted on and approved,” he said.

At the moment, most of the leagues are geared toward younger players, starting at age 5. However, Thomas said the board has been discussing more options for seniors.

The city is building a city park on 52-acres of land. The park was designed by the City of LaFayette, an advisory team and Smart Landscapes DesignWorks, LLC, of Marietta, Georgia, based on public input meetings from 2016 to 2018.

According to the city’s website, Phase 1 of the new city park opened in 2018 and includes a five-acre area with a playground, picnic pavilion and parking. Phase 1 was paid for with a grant from the National Park Service’s Land and Water Conservation Fund (LWCF) and with additional funding for playground and adult fitness equipment provided by Chambers County Extension Agency, Chambers County Coalition on Obesity, and Chambers County Development Authority.

In the future, Thomas said he thinks the recreation board will have more involvement in the city park, but it will be necessary for the city council to find the funds to hire a park director. He said that person would serve as a department head over the park because it would be too much for a board to handle on its own.

Thomas said the park continues to grow and add on pieces. Recently, the city planted more grass, put up more playground equipment and installed barbecue equipment throughout the park. The next step is a walking trail that would connect LaFayette neighborhoods throughout the city by linking to existing sidewalks.