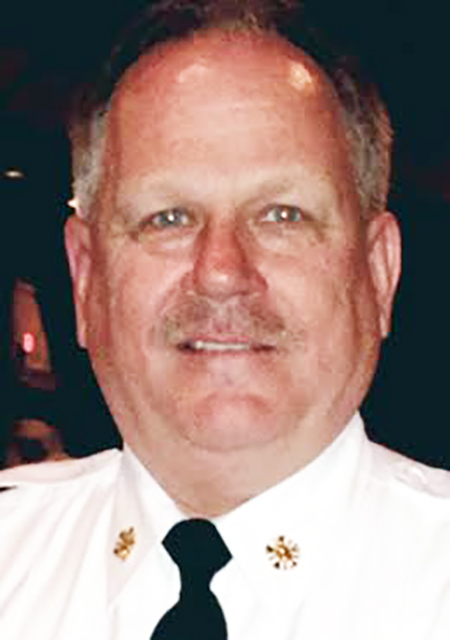 On Monday, the Troup County Board of Commissioners announced that John Ekaitis will be the new Troup County fire chief, beginning on June 29.

Prior to coming to Troup County, Ekaitis served as the fire chief for the Sumter County Fire Department for roughly seven years. During his time in the position, the SCFD reduced its ISO rating from 6/6y to 4/4y, according to a press release from Troup County. ISO ratings reflect fire department response times and are often used by insurance companies to determine rates. He also reportedly introduced a recruitment and retention program for volunteer firefighters and produced the first standing operating guideline for the department.

“We liked the fact that he had served as a fire chief prior to applying for the job, and that he was very well rounded,” County Manager Eric Mosley said. “He had a lot of experience working in departments our size — some larger, some smaller — and working with volunteers.”

Mosley said that there were approximately 35 applicants for the fire chief position, and finalists were asked to bring in 30, 60 and 90-day work plans for the Troup County Fire Department. After reviewing the plan and conducting interviews, Mosley said that Ekaitis seemed like the best fit for the county.

“We liked his progressive nature,” Mosley said. “He is very interested in cultural and demographic diversities. We feel like that is a very important thing we need to have in our department.”

A press release from the county listed Ekaitis’ extensive knowledge and experience in fire services, public safety, incident command, budgeting, grants and ISO ratings, along with his education and training in fire safety, administration and emergency management as the reasons for choosing him as the next fire chief.

“I look forward to meeting and getting to know the personnel that will ultimately serve beside me, becoming involved in community activities, reviewing the current apparatus fleet and facilities, and understanding and developing future improvements for fire services in Troup County,” said Ekaitis in a press release from the county.

In addition to his time in Sumter, Ekaitis also served with fire departments in South Carolina and North Carolina as fire chief after leaving the U.S. Army in 1982. Ekaitis was one of five City of Hardeeville officials indicted on misconduct in office charges in 2013, but all charges were dropped for lack of evidence. Mosley said that he spoke to officials familiar with the case who told him the indictment was unfounded. The case never went to trial.

Ekaitis graduated from Keiser University with an associate of science degree in fire science and Grand Canyon University with a bachelor of science degree in public safety administration, according to a press release. Additionally, he also maintains a certification in emergency management for the state of Georgia and is affiliated with numerous fire protection/emergency management associations.