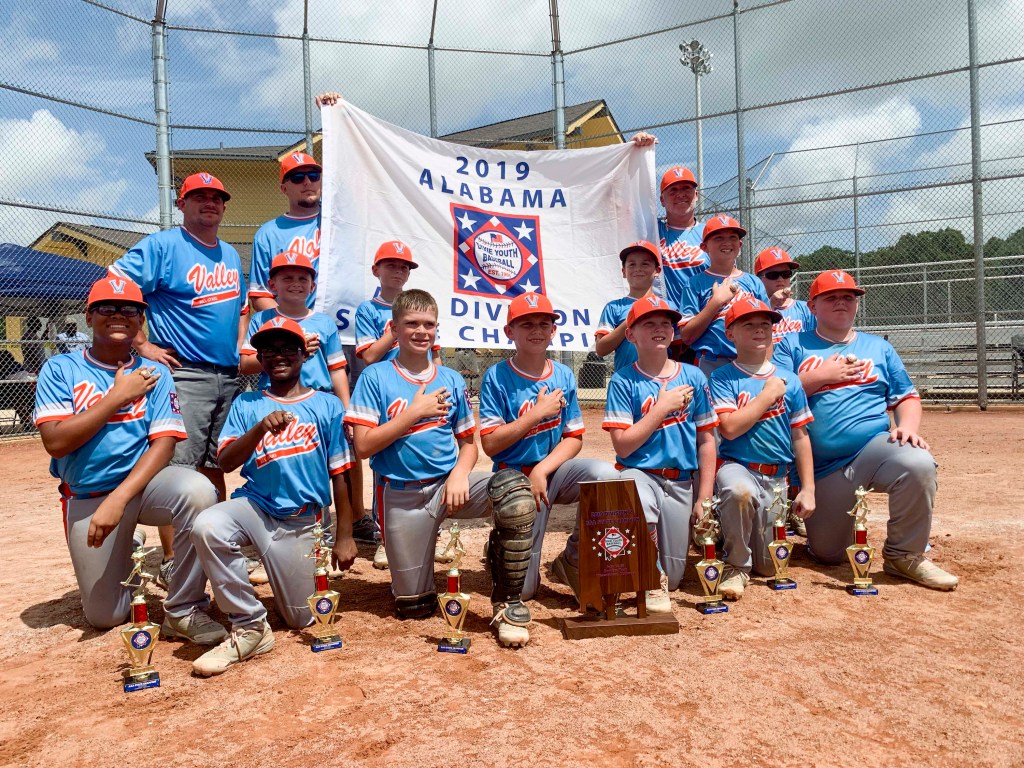 TUSCALOOSA — History was made at Bowers Park on Tuesday afternoon.

“It was pretty emotional,” Valley 9 and 10-year-old baseball all-star coach Shane Andrews said. “These kids have been close three times in a row. A second-place finish, a fourth-place finish and a sixth-place finish. The first reaction was just a lot of emotions were let out. It’s bigger than anything I’ve ever been a part of, honestly. The kids just have a really unique bond. When the umpire signals on the field to begin play, they turn into something else, and that’s what we strive for.”

The pitching for Valley really stood out for the team in the state tournament, according to Andrews. Austin Barber opened the first night, with help from Cole House, surrendering only one hit in the matchup. In the tournament’s second game, Jax Miller and Mason Yarbrough combined for a no-hitter.

“It’s all about the pitch count in these situations, and it worked out for us,” Andrews said. “We had all of our pitching available for the championship game except for one player.”

The bond of the team is something that a lot of people close to the group brings up. Team catcher Hunter Andrews said that he’s been playing with a lot of the teammates since his days of playing tee-ball as a four-year-old.

The group hangs out together on the weekends outside of practices and games. Team parent Alison Yarbrough reads scripture and leads a prayer with the team before every game. Majority of the boys have been playing together for three summers now, and most of them also play on the same travel baseball team in the fall.

“We’re a family,” Latika Madden Wright, the mother of left fielder Zephi Madden, said. “We don’t look at the age, we don’t look at color, we look at each other as family.”

Madden caught the final out in the outfield on Tuesday after Ashford loaded the bases.

“When he caught it, we all just started running to him,” Valley catcher Hunter Andrews said.

While the team is happy for what Hunter Andrews confirmed was the biggest victory of his life, the team still isn’t completely satisfied.

“I feel good and honored to be a part of the first 9 [and] 10-year-old [baseball all-star team] to win state for Valley,” Valley all-star Brayden Bunn said. “But we aren’t done making history yet.”

The team has had one motto all season, and after Tuesday’s win, they broke the huddle with the same slogan.

“We’re not done yet, sir,” Hunter Andrews said. “I’m not really satisfied yet. It’s [the motto on the team t-shirt] #NotDoneYet.”