VALLEY — At its Monday meeting, the Valley City Council will take action to revoke the business license of Family Tax Services, located on Trammell Avenue. Earlier this week the owner of the business, Christina Prather Williams, was arrested on theft charges following an investigation into allegations that she had been stealing federal tax refunds that were owed to her clients. 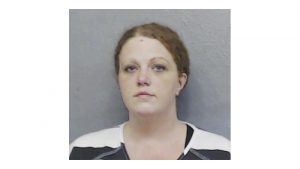 At a work session on Thursday evening, Police Chief Tommy Weldon told council members that the investigation had thus far uncovered 40 checks cashed by Family Tax Services in the amount of $102,877.65.

“We didn’t need to let her continue doing this, knowing how many checks had been cashed,” he said.

Weldon said the investigation began when one of Williams’ clients came to the police department saying that he had been expecting a federal tax return of more than $5,000 and had not gotten it yet. It was his understanding that the refund check would be coming from a bank in Kentucky. The police contacted the bank, gave them the man’s name expecting the return and were told a check in the amount of $6,694 and a check for an additional $500 had been cashed at a local business in Valley.

The VPD got the word out for anyone who had sought their return through Family Tax Services to contact Lt. Chris Daniel at (334) 756-5261 in the event they had not gotten their return. The department was deluged with calls on this.

“We told them to contact the IRS,” Weldon said.

One caller told police he was expecting a return of $4,800. They called Republic Bank about this and were told a check had been returned for more than $7,000.

“That money is gone, and they didn’t get anything,” the chief said.

Another person was told to expect $550 back. Weldon said a total of $5,550 was sent, has been cashed and they got nothing.

“Another person told us she had done it over the phone and expected $440,” Weldon said.

“She got that in two money orders, but the actual amount sent was $6,200. Someone else who wasn’t expecting a big refund had a check cashed for over $3,000 they didn’t know anything about. That’s just from the complaints we heard today. We don’t know what else is out there.”

Weldon said the big mistake some of these people made was to give Williams power of attorney. They may have done so unwittingly when asked to sign papers for the return. Power of attorney gave her the right to sign checks in someone else’s name.

“Some of the people we talked to didn’t sign power of attorney,” Weldon said. “Forgery may have been involved in those cases.”

In one instance, Weldon said someone’s return was sent to the National Bank of Central Texas, which sent out a debit card that’s been used to make local purchases.

“I’m hoping we can get the feds involved in this,” Weldon said. “They can do a lot more sitting at a computer than we can. There could be more out there we don’t know about.”