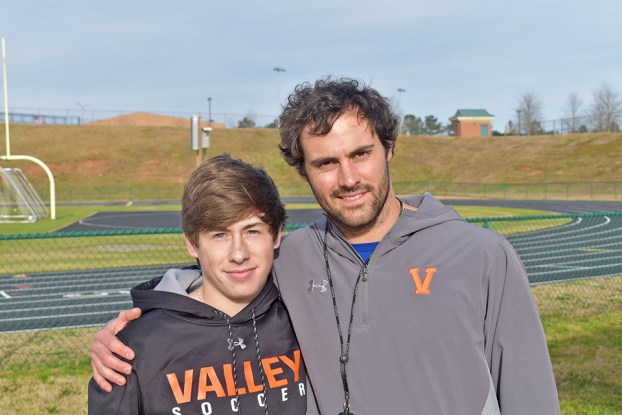 VALLEY — The Valley High School soccer program is hosting its second annual youth summer camp on the morning of July 17.

Registration for the event will be available on July 15 and July 16 at the Valley High School gym, the community center or soccer field from 5 p.m. until 6 p.m. Registration is open for all kids ages five to 13-years-old.

Snacks, drinks and lunch will be provided at the camp.

“It will be a fun experience,” Milner said.

To improve the amp experience from last year, Milner said that the plan is to add more games.

“Last year, we did lots of drill work,” he said. “This year, we want to incorporate a few new games that some of the kids will be able to participate with the high schoolers.”

Growing the sport of soccer in the Greater Valley Area has been the goal for a couple of local coaches, including Milner. Through programs like this youth camp, the camp for parents to learn the basics of the game on July 16 at 6 p.m. EDT and the Valley recreation department’s youth soccer league, he hopes he can build some solid roots in the area.

“We’ve grown so much in interest,” Milner said. “When I got here, we were a co-ed team, and now we have a girls varsity and a boys varsity. With the girls varsity on their second year, I feel like a lot of the girls, through the Valley system, have started to realize that they have a new outlet for some of their athletic skill and some of their ability. They can find something that they can call their own. It’s a great atmosphere and the girls are really taking it to the next level. With the success that the U.S. women had in the World Cup, soccer should be up there on the front of everybody’s mind. It’s all in the media, and the excitement for soccer around the country is growing so much. I really hope that we can get a lot of girls to come out because we’re hoping to grow this thing as much as we can.”

Recent Valley High School graduates Levi Sanders and A.J. Bailey are expected to attend the camp, according to Milner. Sanders led the team in scoring last season, and Bailey was a multi-sport athlete being a long-distance runner and swimmer outside of high school as well.

“So many of those kids already look up to the high schoolers in the community,” Milner said. “Seeing some of them out there, putting a face to the name and actually having some interaction. Being able to shake their hand, being able to hear some of those high schoolers say ‘good job. Work on this, you might have a future in the sport.’ I’m sure that’s just going to make their world. Make their day. So many kids grow up, and they can’t wait to put that Valley on their uniform, all of the Valley sports. Those kids grow up, they can’t wait to put the blue and orange on, and we’re hoping that  they see soccer as one of those sports where they strap up and play whenever they get into high school.”

Last season, the Valley varsity boys won three games, which was an improvement from the team’s winless 2018 as a coed bunch. The Rams even defeated Holtville, the No. 1 team in the region in 2019. Next season, Milner said the goal is to make the state playoffs.

WEST POINT — West Point gets the chance to show off its facilities this upcoming week for this year’s baseball... read more