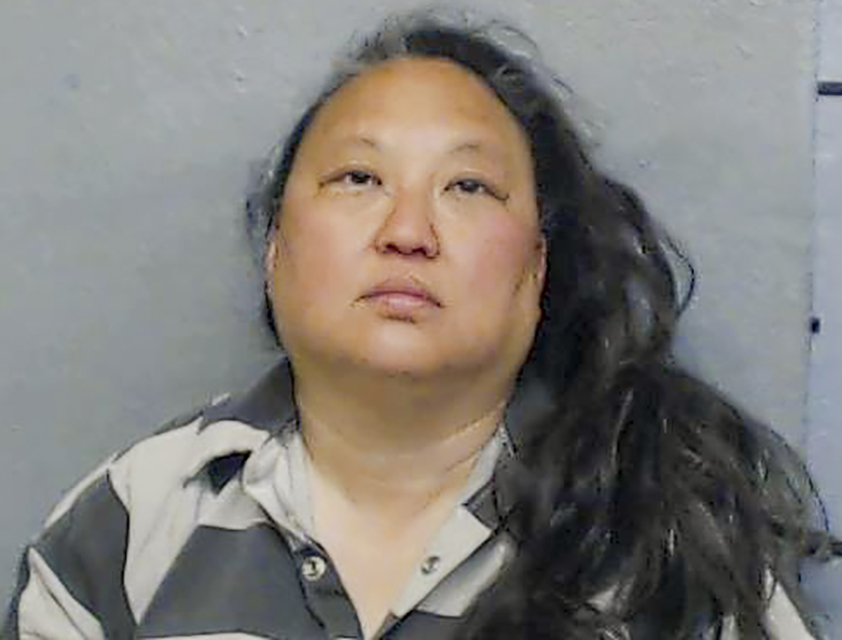 VALLEY — A woman was arrested in Valley Tuesday morning after Valley police officers became involved in a car chase with a suspect coming from Lee County.

According to Valley Police Department Major Mike Reynolds, at about 1 a.m. Tuesday morning, law enforcement officers in Chambers County became aware of a pursuit in Lee County. An officer stationed near the Fairfax Bypass in Valley witnessed a vehicle driving fast toward Givorns when he called additional officers. The vehicle turned right when it hit Highway 29 and officers began to give chase.

Reynolds said they chased the vehicle for about a mile before officers were able to hem the driver in from all sides.

“She wasn’t going at a high speed, but she wasn’t stopping at this point,” Reynolds said.

Eventually, the vehicle came to a stop at River Road and Highway 29. Reynolds said when the officers got out of their vehicles to approach her, she backed the vehicle up, almost hitting two officers and maneuvered around the other cars.

One officer was able to give chase and was able to strike Moore’s vehicle, causing her to spin out and off the road, Reynolds said.

At this point, Moore was once again blocked in by police cars. When officers approached the vehicle, Reynolds said Moore refused to open the doors or windows. He said officers saw what they believed to be a knife on the passenger seat, so one officer broke the passenger window to retrieve the perceived weapon.

Reynolds said once the object was taken by law enforcement, she got out of the car and shortly resisted before being handcuffed. Reynolds said Moore was forced to the ground to be handcuffed, but no other force was used by officers to subdue her.

Reynolds said the sight of the perceived weapon caused the officers to be more proactive than reactive in the situation.

“You don’t know if they are going to try to use it against the officer or try to harm themselves,” he said.

Reynolds said Moore never indicated she would use the weapon on an officer or herself.