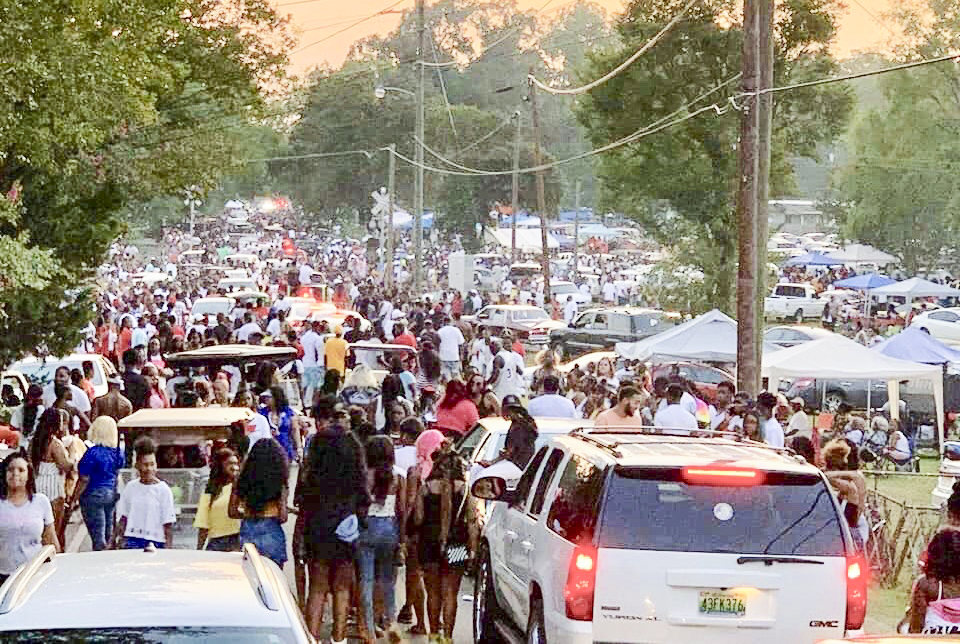 LANETT — The third West Shawmut Days celebration was an overwhelming success in the eyes of the organizers.

The celebration also included events from Thursday to Saturday.

On Thursday, Krisee Story, another organizer, said the event kicked off at The Skatin’ Rink with a Glow Night Skate Party.

The committee also gave out a heroism award to three community members who saved a family from a fire in December and two community service awards.

“Every year we want to reach everybody because it is about celebrating where we are from,” Story said.

Regina Dozier, committee member, said the children of West Shawmut must take pride in where they grew up.

“We did this out of love and respect of the people before us and to show the kids to love their people because they will be the ones to lead us later,” she said.

He said there were so many people that the Lanett Police Department wouldn’t allow any more people in the neighborhood due to safety concerns.

Story said the event’s organizers were appreciative of the city’s help as well as the police department’s efforts to keep the event under control and direct traffic.

“Everybody made it home safe,” Williams said.

He said there was an incident of a couple of kids fighting, but it wasn’t related to West Shawmut Days, and it was handled immediately.

He said the hardest part of such an event is controlling the people who come in from outside of West Shawmut.

Because of the success of that program, Williams said the committee wanted to expand it to include the entire community.

Williams said the event is more of a homecoming event for West Shawmut and they are learning each year on how to make it better.

Story said the committee will reflect soon on how to make the event better and one early concern is how to control the large crowds.

“We did not expect that many people for Sunday but we feel like it was a huge success,” she said.

Williams said at the end of the day, the event is meant to celebrate the community and the success stories that have come out of it.

“Everything we did was out of passion and love for the community,” he said.