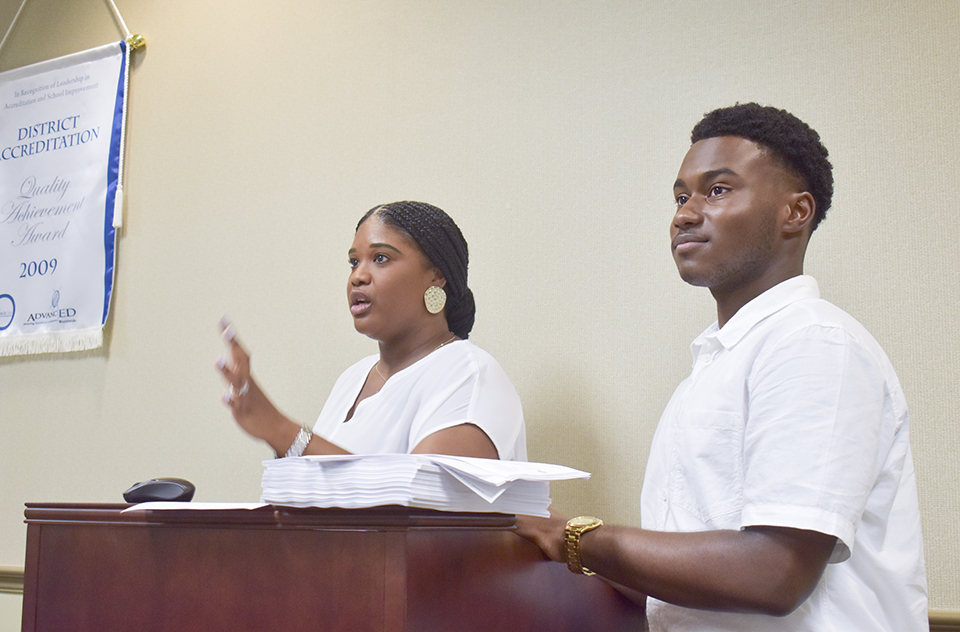 The Bezos Scholarship Program selects 17 high school juniors, with an educator from the U.S. and the African Leadership Academy. After a week in Aspen, collaborating with their peers, they return home to develop a community change project that needs a need.

According to the Bezos Scholars website, successful applicants are current high school juniors that demonstrate academic rigor, maturity, curiosity and leadership. Each scholar must apply with an educator together to form a team.

White-Jordan said the program was started in 2005, but she and Drummond were the first scholars from Alabama.

She called the festival “life-changing,” as she and Drummond worked in groups with the likes of Facebook CEO Mark Zuckerberg and New York Times Bestseller David Brooks.

“They were very down to earth,” she said. “We never felt like we were less than.”

After returning from Aspen, White-Jordan and Drummond developed two ideas to help students at LaFayette High.

One of the ideas is called Bulldog Buddies.

Drummond said Bulldog Buddies is a mentoring and tutoring initiative focusing on academic preparation and coping skills within the school. He said the program will also emphasize decision making.

He said the mentors and mentees will be chosen through an application process. After narrowing down the program participants, the first year will have 10 students and mentors to work out the kinks.

The groups will meet during an advisory time between homeroom and first periods.

Drummond said currently the target audience for the program is freshmen and sophomores, but they eventually want it to act as a freshman academy.

The other program proposed by White-Jordan and Drummond is called “We Are In This Together.”

Drummond said it will be a daily or weekly news-style podcast to be played on monitors in the school. The students would be able to download an application on their phone for the podcasts and teachers will be able to livestream the podcast during the advisory time.

“We will also record during a live audience with live guests and panel interviews,” Drummond said.

Bezos Scholars get a $1,000 grant to fund their ideas, but the money doesn’t come in until December, so the programs can’t begin until January, Drummond said.

However, White-Jordan said the ideas will continue to be funded by the Bezos Foundation for three years as long as it does what it is intended to do.