Chattahoochee Fuller Center Project to start construction on another home 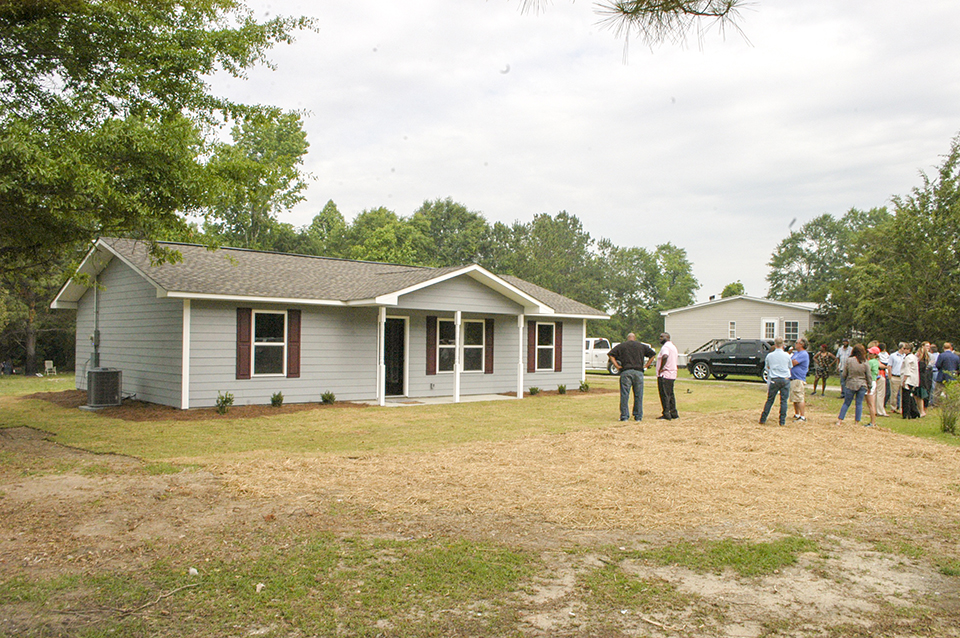 The home will be built off U.S. Highway 80 and will replace a mobile home that was severely damaged in the March 3 tornado that killed 23 people and left many people homeless.

“WRBL and the Columbus First Baptist Church will be sponsoring the build,” CFCP Executive Director Kim Roberts said. “Tommy Hinton will be the house captain, and he’d have between 20 and 25 working on the site each day. It should take them two weeks to get it done. We are planning for a home dedication on Friday, Aug. 30.”

The home is being built for Misty Baker and her two teenage daughters.

“They had wanted to stay in their mobile home, but the roof was leaking badly,” Roberts said. “The tornado lifted the trailer off its foundation and brought it back down. Except for the roof, it was still livable. A new home will be much better for them, and they are really excited about it. We are building back on the same lot, and they will have beautiful new home. They are good people, and they deserve a decent place to live.”

“It has been such a blessing to have worked with them,” Roberts said. “They will be using nail guns instead of hammers, so the build probably won’t take that long.”

The walls are being built for the upcoming 2019 Millard Fuller Legacy Build. The event will get started with a kickoff dinner at Providence Baptist Church on Sunday, Sept. 29. Dozens of Fuller Center volunteers from all across the country will be joining hundreds of east Alabama volunteers to build 12 new homes in one week. A final new home will be built in late October. Altogether, the CFCP will have headed up the construction of 18 new homes in the Beauregard community.

“The East Alabama Community Foundation will be sponsoring the final build,” Roberts said. “Everyone in Lee County has been phenomenal to the Fuller Center. The have opened their arms to us, and we appreciate it so much.”

Roberts said that 10 sets of walls have been built in preparation for the Legacy Build.

“We will build two more sets on Saturday. That will leave us one set short. The Restoration Church of Auburn will build them for us on Sunday afternoon, Sept. 8.”