Edwards to serve another term on senior services board 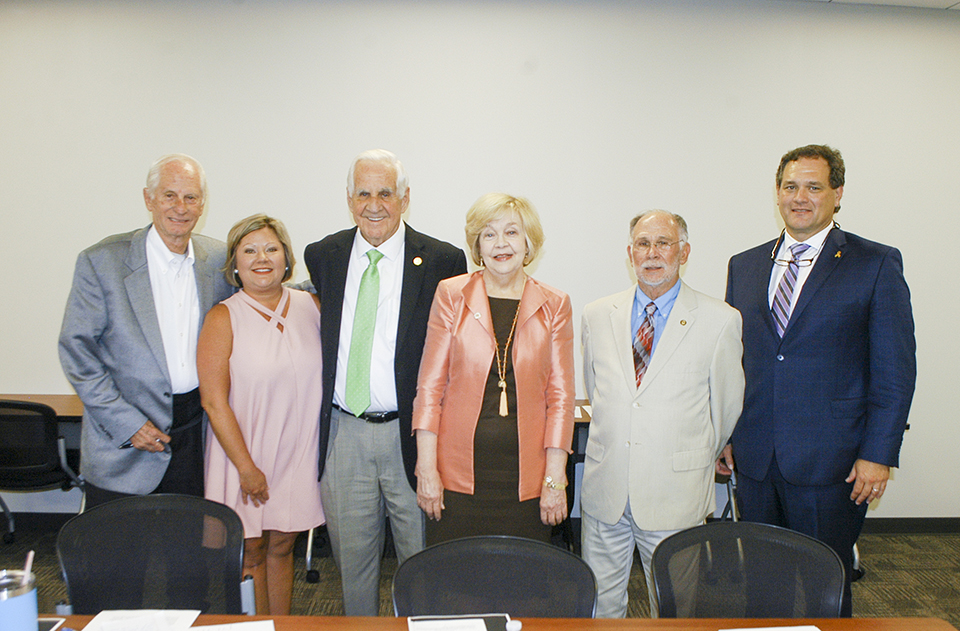 MONTGOMERY — On Wednesday afternoon, the Alabama Department of Senior Services (ADSS) had its first board meeting following the 2019 legislative session. Gov. Kay Ivey appointed a new commissioner for the department along with some new board members. Among the holdover board members is Ray Edwards of Valley, who will have 20 years of service on the ADSS board at the completion of his new term.

“I thank the governor on having reappointing me,” Edwards said. “Serving on this board means a lot to me, and it’s an honor to continue to work on behalf of Alabama senior citizens.”

Ivey is the third governor to have appointed Edwards to a term on the ADSS. Bob Riley did it twice, and Robert Bentley once. They will be serving four-year terms.

“I am very confident she will serve this board extremely well,” he said.

Brown said that she had some misgivings at first about serving in this cabinet-level position.

“All of my jobs have been in the legal profession,” she said. “This job is a ministry. It helps people.”

Brown’s background includes a term on the Alabama Supreme Court. A graduate of Samford University and the University of Alabama School of Law, she worked in the office of the Alabama Attorney General for 20 years. She’s been a legal advisor for three Alabama secretaries of state and has served on the state’s court of criminal appeals.

At one point along the way, Edwards’ son was a law clerk for her.

“It’s high time we had a meeting of this advisory board,” said Brown, opening the meeting. She’s been the ADSS commissioner for approximately one month.

The board took no official action since a quorum was not present. Nine members had to be present for that, and only eight were there.

There was an extensive discussion about the state’s new vendor for the meals that go to Alabama senior centers. Since October, Florida-based GA Foods has had the contract. They have succeeded Valley Foods of Montgomery, which had previously provided the meals. According to the ADSS, the new company got off to a rocky start, resulting in lots of complaints from senior centers. In some cases, milk was spoiled and in other cases seniors complained of green beans being too soft and cornbread being too sweet.

Brown said that getting off to a good start is sometimes difficult for a statewide food provider. There are more than 330 senior centers in Alabama. An estimated 16,000 hot meals and 6,000 door-to-door meals are provided each day five days a week. She added that there had been some noticeable improvement on the part of GA Foods.

Pulling a contract is not a simple matter. There would have to be means of providing the meals while a new contract was worked out from the start. Rigid federal guidelines are in place governing meals served in senior centers.

“This is not a good situation,” said State Sen. Jim McClendon, a member of the board. “We’ve had problems with food service in Valley, but I do think it’s getting better.”

Dr. Steve Donald, a primary care physician from Washington County said that there are large swaths of rural Alabama where it’s hard to get the word out about services that are available. Board member Ann Anderson of Madison agreed.

“It’s heartbreaking to come across people in need of basic services and don’t know about them,” she said. “We need to find better ways of informing people in what’s available for them.”

Edwards invited all board members to come to Valley this October as Valley Community Center plays host to the 2019 Alabama State Masters Games.

The Alabama Department of Senior Services has an annual budget of approximately $55 million, $29 million of that comes from the general fund and $20 on Medicaid waivers.