‘Electric Jesus’ to film in Valley on Sept. 3 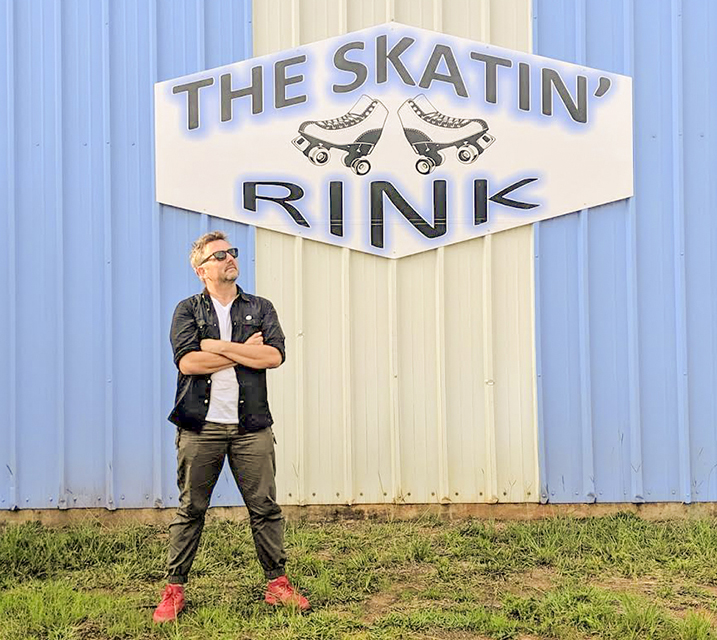 Chris White, writer and director of the feature film “Electric Jesus,” stands in front of The Skatin’ Rink in Valley. The production is scheduled to shoot a few scenes at the rink next week. -- Zachary Bromberg

VALLEY — The magic of filmmaking will make its way to Valley on Tuesday, Sept. 3, according to a writer/director of a major motion picture.

“Electric Jesus” is scheduled to begin shooting soon and will make its way to The Skatin’ Rink in Valley for a day of shooting in early September, according to Director Chris White.The film is shooting the majority of the scenes in Columbus.

Joshua Echoff, key second assistant director on Electric Jesus, said there were some skating rinks within the same distance from Columbus but the skating rink in Valley was the perfect fit.

“When it came to that 80s feel, when we scouted, it was exactly what we were looking for,” Echoff said. “It just hit the nail with the hammer.”

He said the skating rink has the right amount of space and the film crew will set up base at the Valley Community Center during the filming.

“The facility is incredible,” Echoff said. “It has been preserved well and the new owners are treating it right.”

Jason and Carmen Turnham took over managing the rink in March from Nellie and Drayton Henderson.

Echoff said members of the film crew will be in Valley a few days ahead of time to prep the location. He said the rest of the crew will be in town for one day to film, and then they’ll be gone.

“When you get 200 people together, the magic that they make happen is incredible,” he said. “And once it’s done, we get out of there faster than we came in, and the place is left cleaner than when we found it.”

Echoff described Electric Jesus as an 80-timepiece, coming-of-ages story about a rock band. The film’s website says the movie is about redeeming memories and making peace with one’s past.

“We’ve all been young,” the website said. “We’ve all had plans and dreams and loves that didn’t work out the way we’d hoped.”

Echoff said he connected to the script because it’s about real life.

“It is an adventure. We are all on an adventure of our own lives,” he said. “We don’t know what is going to happen unless we do it. Everyone can take their direction from this movie because we are still on that path of life.”

Some notable actors have signed on to the film, including Judd Nelson, best known for portraying John Bender in “The Breakfast Club,” and Brian Baumgartner, known for his role as Kevin Malone in the television series “The Office.”

Echoff said everybody on the cast is extremely talented.

“The talent is so eager, so excited and so professional, and that shows when you meet them in person, I know they have a bright future ahead of them,” Echoff said. “You can see the ones who are meant to be in the spotlight.”