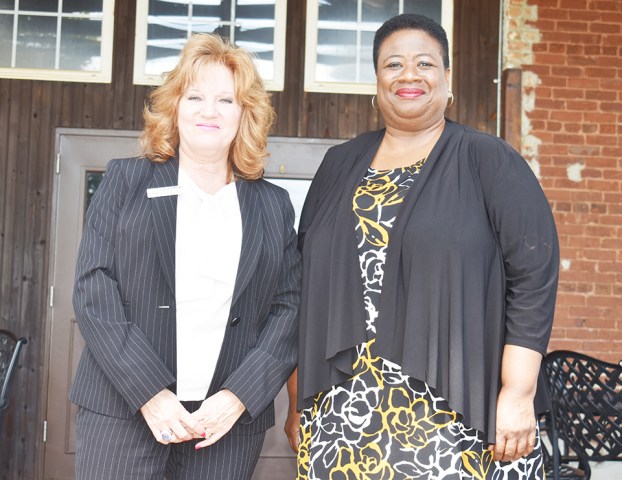 WEST POINT — The U.S. Department of Agriculture and the U.S. Small Business Administration are teaming up to help rural, small business owners get started to expand their current operation.

On Wednesday, the two federal agencies hosted a business expo at The Depot in West Point, with presentations and real business owners who have acquired loans through the government sharing their stories.

Joyce White, Georgia director with USDA Rural Development Georgia, said the USDA and SBA have partnered together to pool more resources, more dollars and more loans and grants that are available.

“We (USDA) have always operated in rural areas,” she said. “There are a lot of people that don’t even know we exist.”

Terri Denison, district director in the Georgia district office, said it’s similar in the SBA office. However, the federal agency has made a goal to increase its lending to rural businesses by 5 percent throughout two years.

“A lot of people don’t know we have free consultations,” she said. “So, they can sit down with somebody who has an expertise in business and some people who have owned and operated business.”

White said hosting public expos like the one Wednesday lets the public know what tools are available.

“We can tell our story about what we do and can do to help rural areas become more economically sustainable,” she said.

One of the biggest needs the two federal agencies are hearing about is broadband access. Andrew Hayes, general field representative with USDA, said that a lot of local phone and utility areas serve the downtown and just outside of it.

“But once you get out of the city limits, the speeds are not comparable to the urban areas,” Hayes said. “So, we have loan and grant programs that fund the complete built out of a broadband network.”

He said any entity could apply for the program except for an individual or partnership, but a city or county can apply.

“If they can’t get their providers to do it, we will give them the grant funds or a loan to do it,” Hayes said.

“Children are given computers at school and when they go home they can’t use them due to lack of broadband service,” he said. “The idea is to get broadband out to the rural areas that don’t have it.”

White said there are more than 40 grants and loans individuals can apply for within the USDA and SBA, and many of those loans will help start a small business.

“If they want to start a coffee house in West Point, we can tell them what loans they are eligible for,” she said.

White said the biggest asset between the two agencies is that experts are waiting to help those who may feel the process is too complicated.