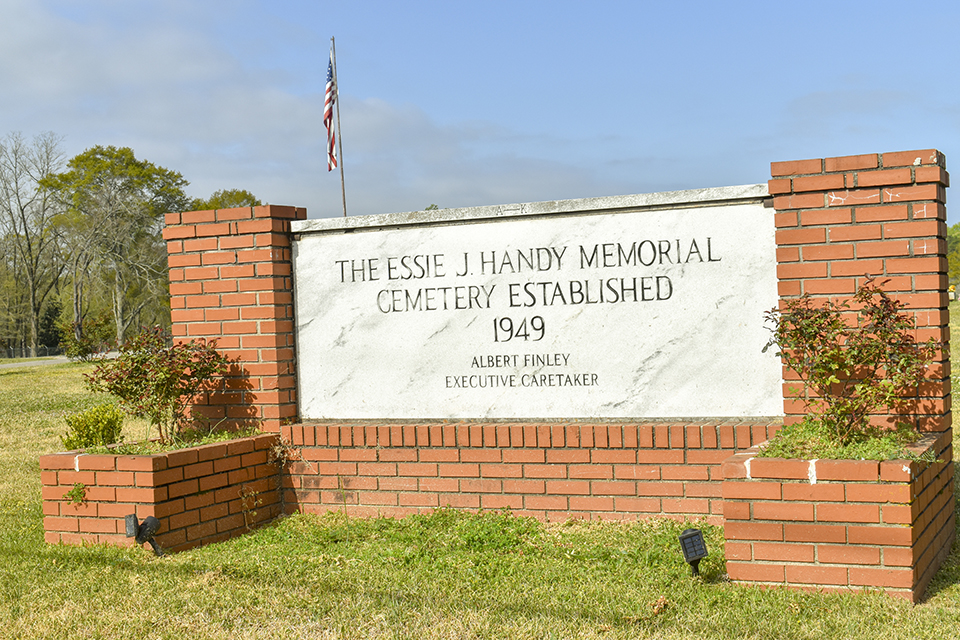 A marker will be placed outside of The Essie J. Handy Memorial Cemetery in LaFayette Monday morning to signify its place on the Alabama Historical Register.

Harriet Jones, who served as the spokeswoman for the group, wanted to address concerns about the depth of burial plots and rock just below the surface.

She pointed to an ordinance last updated in 1990 that says all graves in the cemetery need to be at least four feet deep and vaults must be set in graves so the highest point should be less than 18 inches below the surface of the ground.

Jones said she had heard several stories of rock being hit during excavating  She said when her family buried her sister-in-law, those digging the grave hit rock just a couple hours before the funeral. Jones said she was able to move plots but everybody doesn’t have that ability.

“I have no idea how many others have had that same experience,” she said. “It is a stressful situation to handle when you are already dealing with the ordeal of burying a loved one.”

Jones said another situation arose when an acquaintance also hit rock during grave digging but was able to call a construction crew to break up the rock.

“If a construction crew can take care of it, then we know the equipment can be purchased,” Jones said. “How can a city ignore this problem with a clear conscience?”

She said if the city is going to sell lots in the cemetery with the knowledge that rock is prevalent, then it should have the necessary equipment to break through the rock.

“Citizens buy plots in good faith that their burials will take place in that plot,” Jones said. The group asked the city to approve a pamphlet to be distributed to families about the general upkeep of the cemetery. Additionally, the group requested the city purchase equipment to break through rock and add to the existing cemetery ordinance that when additional property is added to LaFayette City Cemetery or the Essis J. Handy Cemetery, a fence will be added to the perimeter and maintained to prevent a path from foot traffic or vehicles.

The group also asked that no additional entrance paths be added to the cemeteries.

Councilman Michael Ellis said he understands the city needs the equipment, but the city also needs additional revenue to purchase it.

“We are going to need more revenue,” he said. “We need to find a way to buy that equipment.”

He said the city can’t keep operating as it did in 1990 while mentioning an increase in cemetery plot fees and a one-cent sales tax increase.

Cemetery Superintendent George Green said it is the responsibility of the funeral home to excavate the depth of the graves. He said he explains to families when buying specific plots that there could be rock under the ground.

“A lot of them go ahead with it anyway because they want to be where their family is at,” he said.

Jones said the funeral home is not responsible for selling the lots to families, only performing the burials.

“The city is the one who sold them to us as burial spots,” she said.

Mayor Barry Moody said the proposals would be discussed by the city’s cemetery committee, which will then make recommendations to the city council. When those recommendations get back to the council, there will be another discussion.