Heading back into the classroom: Students began classes Thursday 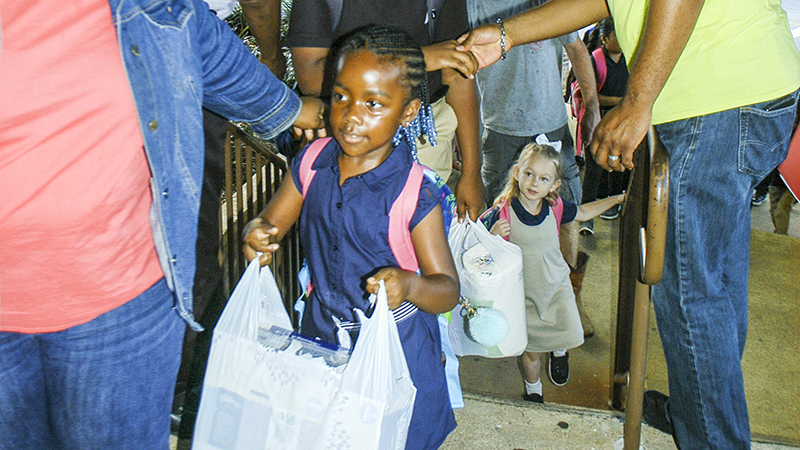 “It went really well this morning,” he said. “I didn’t see the first child crying because they were away from home.”

At the back of the school, a delegation of faculty and staff greeted children as they got off of a line of school buses. At the front of the school, a crossing guard from the Lanett Police Department halted traffic to make sure children got safely across the street. On the steps in front of the school, Mr. Heard, some Lanett High football coaches and members of MEN, or Mentoring, Empowering and Nurturing, shook hands, high fived and fist bumped cheerful children as they arrived for their first day of a new school year.

On Monday of this week, a large number of students accompanied by parents came by to be introduced to their teacher in their classroom.  It was Meet the Teacher Day at W.O. Lance, and the school’s 40 teachers saw many bright, smiling faces.

After many years of declining enrollment, W.O. Lance is now on a growth trend.

“As of last night, we had 638 students enrolled,” Heard said.

A big factor in this is an increase in the schools Latino population. In less than ten years, the number of Hispanic students at W.O. Lance has grown from a handful to approximately 100. It’s not a bad trend, given that a falling student population means less funding from the state and a growing population means more funding. Among the LHS coaches greeting the students were head football coach Clifford Story and assistants Charlie Williams and Franco Williams. All are upbeat about football practice and the outlook for the Panthers this year. Local pastors shanking hands with the arriving children and parents were Derrick Vines of the Tabernacle of Praise and Dr. Lamar Johnson of Mount Hermon Baptist Church. Also present were Mount Hermon members John Woody and John Allen.