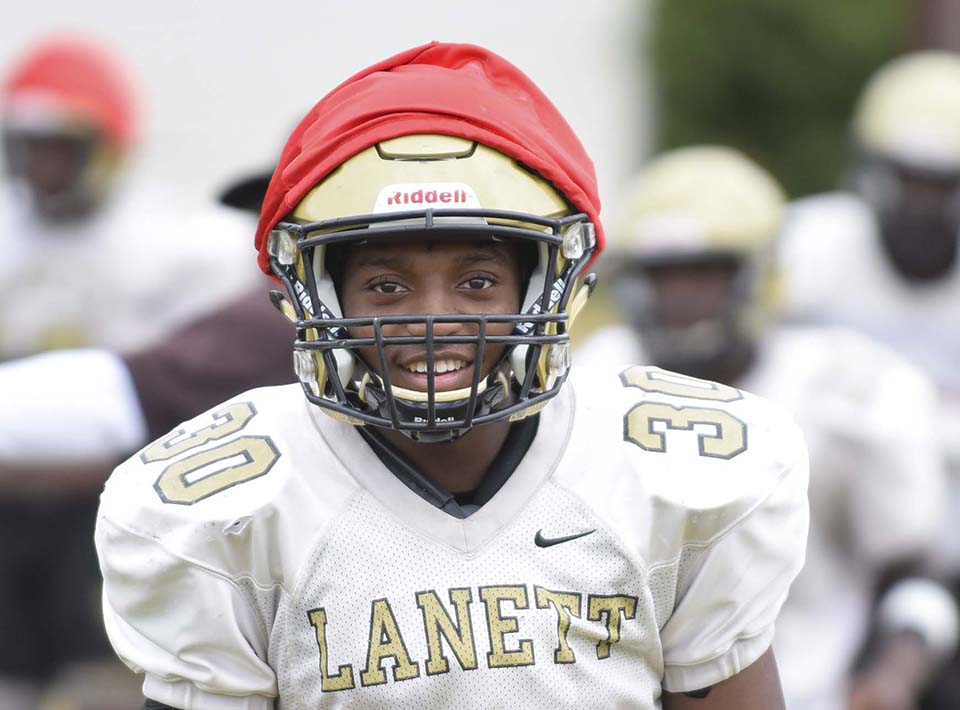 LANETT — After weeks of workouts, non-contact scrimmages and practices, there are only three more days until Lanett opens the 2019 regular season at Rams Stadium against Valley High School as of Tuesday morning.

“It’s been a long offseason,” Lanett head football coach Clifford Story, Jr. said. “Hot, humid, [we’re] tired of beating on each other. It’s game week, and now it’s time to have the opportunity on Friday to play a tough Valley team. They’re going to come at us and we’re going to come at them. We’re anxious to play and get started, we just have a lot more preparation to get in and be ready for kickoff on Friday.”

Lanett opened the 2018 season in an exciting matchup that came down to the final play against Valley. The Rams came out with the 28-22 victory on the road, giving the Panthers their only regular-season loss of the year.

“I didn’t think we were well conditioned [last season],” Lanett senior running back B.J. Smith said. “This year, we’ve been running, everyone’s been hydrating, so I feel like we have it this year. That next day on that Saturday [last year], we just messaged each other like, ‘we can’t go out like that anymore. We were supposed to win that.’ I think this year we got them.”

In 2018’s matchup, Valley sophomore running back B.J. Baker scored the go-ahead touchdown for the Rams with 1:58 remaining in the game. It’s a play that Smith, who also plays linebacker, said that he hasn’t forgotten in particular.

“I’ve been thinking about it ever since it happened,” Smith said. “[This season], we just have to keep him contained. Like Coach Story was saying in the huddle, we have five seconds to do our best [each play] and give it a break. Then you do five more seconds. I think we just gave up [on that play], we were tired, they had their foot on our throats, and I feel like we just gave up at the end, but we’re not going for that [this season]. If one person gets the ball, we all come to the ball.”

Story said that in addition to the team’s conditioning, he’s been impressed by this particular team’s leadership.

“We have quite a few guys who have worked extremely hard over the summer, they pushed kids and did the things that they were supposed to do,” Story said. “Sometimes, when guys face adversity and get hit in the mouth, they have to have that same mentality. I’m anxious to see how they’re going to respond in a game situation.”

Story has previously said that this team’s goal for the season is to win a state championship, and after Monday’s practice, he pointed out that the team still has little adjustments to make on the day-to-day basis to realize the goal.

“[We have to] just be consistent with the mental focus,” Story said. “Sometimes, they’ll have a long day at school and they’ll come out here in this heat. They have to be able to fight through it and not pay attention to it. So many times, they let the heat whip them and can tell when they’re going through that. We just have to stay focused, stay committed and understand that it’s a part of football. We’re not the only team in the state of Alabama who’s in this kind of heat so for us to be successful, we have to fight through that, make no excuses and just get better each day.”