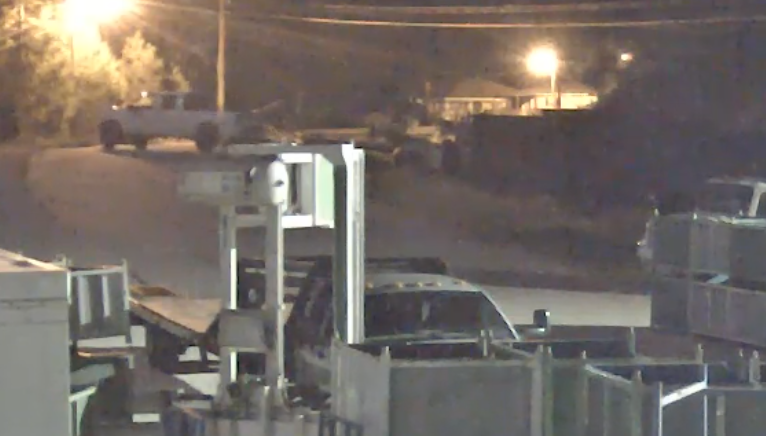 The Lanett Police Department is asking for the public’s help identifying a vehicle and suspects involved in a theft Friday morning.

According to police, at about 3:30 a.m., Friday morning, three unknown subjects went through a gate at C&C Fabrication, located on Phillips Road in Lanett, in a white Ford F250 with four doors. During this time, the suspects stole a 20-foot utility trailer.

Police released a video depicting a white pickup truck driving through a gate and individuals hooking up a trailer to the truck. The suspects then get into the truck and drive away.

Police said the truck appears to have a lifted suspension and black rims, as well as possible front body damage due to driving through the gate.

According to police, the trailer has three gray wheels and one white wheel. The tongue is also bent toward the trailer and is black in color.

The police are asking if anybody has information on the suspects or the location of the vehicle or trailer to call the police at (334)-644-2146.