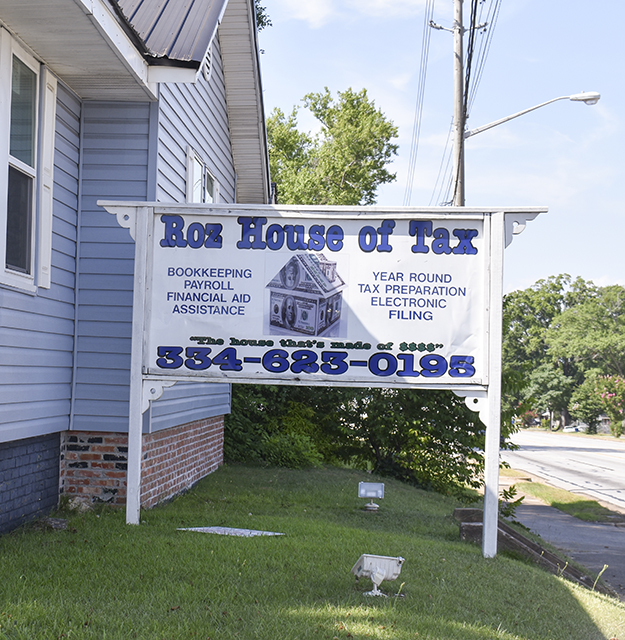 Glady’s Rosalynn McCauley of Roz House of Tax at 1410 S. Gilmer St. in Lanett has pleaded guilty to two counts of aiding and assisting in the filing of a false federal income tax return.

MONTGOMERY — A Lanett tax preparer has pleaded guilty to two counts of aiding and assisting in the filing of false federal income tax returns, according to U.S. Attorney Louis V. Franklin Sr.

Gladys Rosalynn McCauley, 42, owns Roz House of Tax in Lanett. According to court documents, she knowingly placed false items in her customers’ income tax returns to inflate those refunds.

According to the indictment records, the incidents took place from January 2015 through May 2017.

A news release from Franklin’s office said in March 2016 McCauley falsely claimed customers were entitled to education tax credits and child tax credits even though she knew it was not true.

McCauley’s sentencing hearing is scheduled for Nov. 26, and she is facing up to six years in prison.

Beyond the prison sentence, she will face significant financial fees, and she will never be able to prepare income tax returns for others, according to the news release.

When McCauley was first arrested in July, she was originally charged with 20 counts of filing false returns.