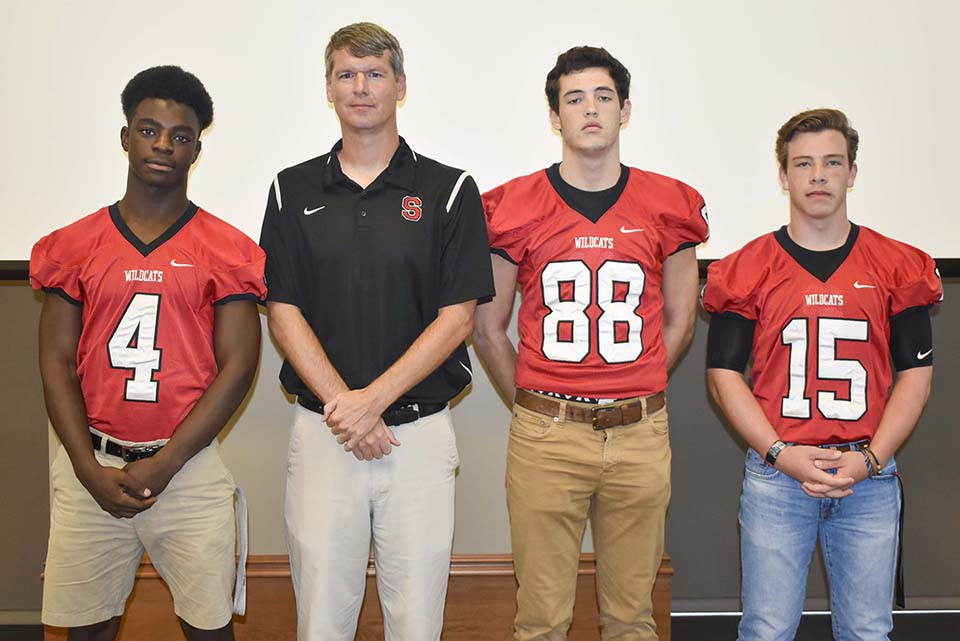 “What a difference a year makes,” Springwood head football coach John Gartman said in his opening statement. “I was thinking about that when I walked in. This time last year, I don’t think that I could find my office, I didn’t have a place to live and the kids that I brought with me [to media day], I knew nothing about. It’s very nice to be settled and have some familiarity. I’m very thankful for that.”

Gartman said that the Wildcats’ program keys around the three key principles of conducting themselves with class on and off of the field, play hard and disciplined every game and to improve consistency throughout the year.

“The main reason that we focus on those things is that it’s something that everybody can do,” he said. “Whether you have 22 all-state prospects and you’re going to roll through everybody or you don’t have anyone who can play a single lick, every team can always get better. I think that’s the way to go about it, which is to win the day, have a near-sighted approach and try to do everything the best you can.”

The longtime AISA coach later said that he felt like the team didn’t apply those three goals last season. Springwood finished with a 4-6 record after getting off to a 2-0 start.

The head coach said that the Wing-T offense that he brought to the Wildcats was something that was foreign to Plank when he was first hired in July 2018. Over the past year,  the two have worked on creating an offense that best fits Plank’s game and Gartman’s scheme.

“I’m really comfortable in the way that I run [the Wing-T],” Plank said. “I’m comfortable with O.J. behind me and Kannon Key, who’s going to be our full back. I’m very confident in them, and I’m very excited to see how our offense is going to work this year.”

Gartman then said that Tolbert will be called upon a lot this season to run the ball, and that Hull’s ability to kick is pivotal at the high school level.

“Last year, I got to play a little split end, tight end on offense,” Hull said. “I played corner and safety on defense. Being able to rotate around for the team wherever they need me, whether that’s kicking the football, catching the football, covering someone. It doesn’t matter to me doing what I have to do to make the team better. I just want to be a part of the process and hopefully, get us a win every single week. That’s all it is for me.”

Many eyes will be on the 2018 all-state selection Tolbert this season. In his first two seasons in high school, he’s battled injuries, but he said that he feels prepared than ever to take on his junior year.

“Lately, I’ve had a lot of ankle problems,” Tolbert said. “I’m not saying that I’m focusing on [the] lower body, but I mostly wanted to focus on that [this offseason] because that’s what I need, the lower body because I’m a running back and that’s what you need to move piles and keep getting more yards. I’ve been focusing on a lot of quickness, planting and getting my ankle strong so that I can be strong throughout the season and hold on for everybody.”