7A Central defeats 1A Lanett volleyball in four sets 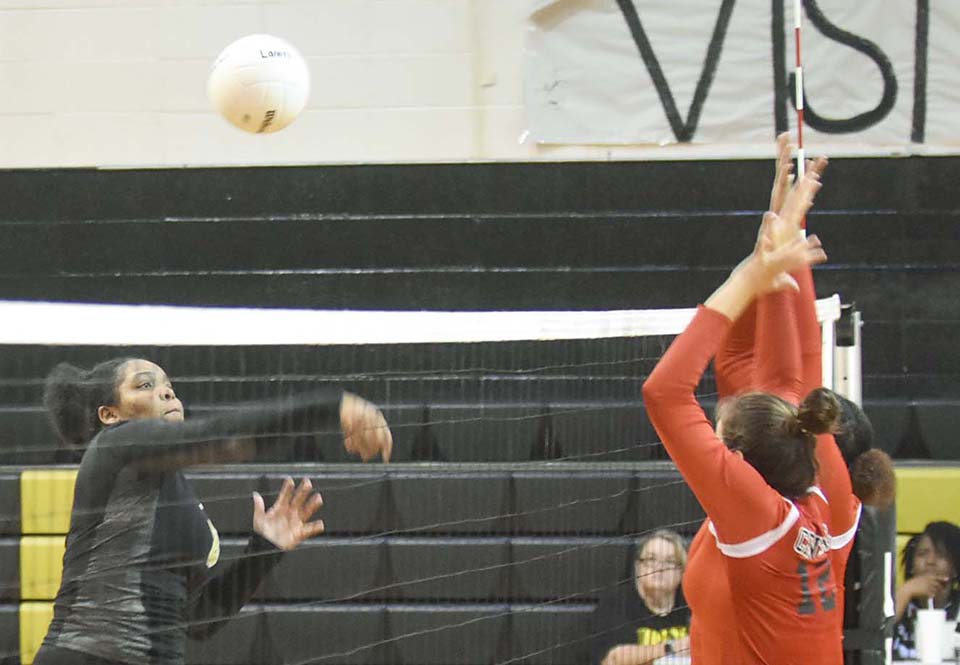 “We came in knowing that Centraal Phenix-City has a great program,” Lanett head volleyball coach Krisse Story said. “They have a tradition of winning in volleyball. We came in just wanting to play volleyball. We wanted a chance to win, that’s all we wanted, we didn’t have expectations to win or to lose, we just had expectations to come out, play our game and do our best.”

The 7A opponents came out strong, winning the first set 25-9.

For the second-consecutive home match for Lanett, though, the Panthers didn’t quit after being down early. In the second set, Lanett powered through to win 27-25.

“It added some excitement and it helped us, as I said the other day, get a glimpse of why we’re here and what we’ve been doing since June,” Story said. “I thought they caught on to what we were doing, but then we just went back downhill. We slid back down the slope during that third and fourth set. I don’t know what happened.”

Story said that she’s still working to find the rotation that works best for the team on the floor. She pointed to her substitutions as a possible reason why the team’s momentum declined in the final two sets.

“Overall, I think that since we practiced so much, they should be ready at any time to go at any position,” Story said. “I’m just not sure what happened.”

The head coach said that watching Wednesday’s match was like watching two different teams from the second set compared to the final two sets.

The one positive that Story could grab from Wednesday was the team’s fight.

“We faced adversity in the second set,” Story said. “We gave ourselves a chance to win, we did not give up.”

For the second-consecutive game, many Lanett football players, classmates and parents attended the Panthers’ match.

“We’re very appreciative of our parents,” Story said. “Our parents have shown up this year. The football has shown up, and not just show up, but they’ve cheered. I think that has helped with the momentum of the team to help carry us to those highs when we needed it. I’m very appreciative of the fans coming out and supporting us. We have not seen this much participation, this is my fifth season, but I’ve never seen this much participation at Lanett. It speaks for our program that we’re growing, that’s what I’m all about. We might not win a game, but if we’re growing, I’ll be satisfied … I want to win, don’t get me wrong, but if we’re growing, if we’re progressing, that’s what it’s all about for me.”

Lanett heads on the road to face Dadeville on Thursday afternoon.