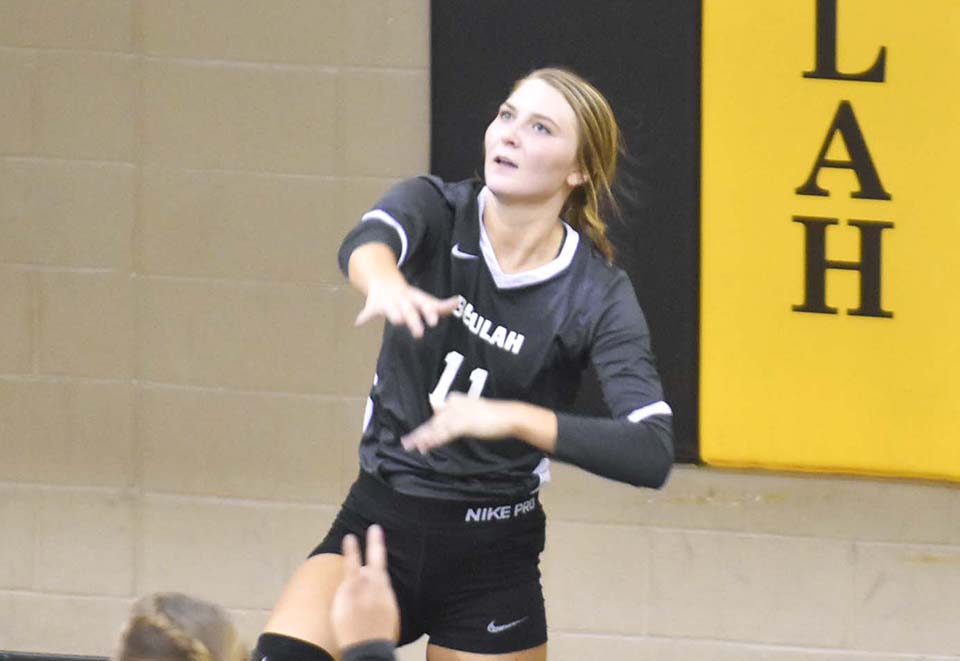 BEULAH — The Beulah volleyball team (11-3, 2-1) continued its winning ways on Wednesday night with a 3-1 home win over LaGrange High School.

“We won against Lanett on Monday, but we didn’t play our best game,” Beulah head volleyball coach Allison Aikens said. “We had a good, hard practice [on Tuesday] and Beulah’s back. They came in, made good passes, they made good attacks and serves as well so I was very pleased with them. I thought they played a hard game today.”

The closest set was the first one for the Bobcats. Beulah edged out the Grangers 26-24 in a back-and-forth with the energetic visitors.

“LaGrange has a really good team,” Aikens said. “They made several plays and hit the ball in, then we turned around and got the ball.”

The Bobcats controlled the momentum throughout the second set, winning 25-11.

The Grangers remained resilient and won the third set 25-17.

“We started making some bad passes, they served four, five [times] in a row,” Aikens said. “We got down and we could never dig ourselves out of that hole. They just kept the momentum on their side and they ran to 25 with it. We had to reset and refocus for game 4.”

Beulah won the fourth and final set 25-19. The Bobcats carried its momentum before a late LaGrange timeout into the final points of the night to clinch the win.

“They really fought hard to come back [from losing in the third set],” Aikens said. “They never thought they were out of it at all. They played hard to the very end. They came together, talked, communicated as a team.”

“Danielle Williams finally got some hits that I’ve been waiting for all year long,” Aikens said.

Aikens also said that senior setter Sydney Knight had key serves and sets in the victory.

Beulah returns to action at home on Sept. 30 to host Randolph County.