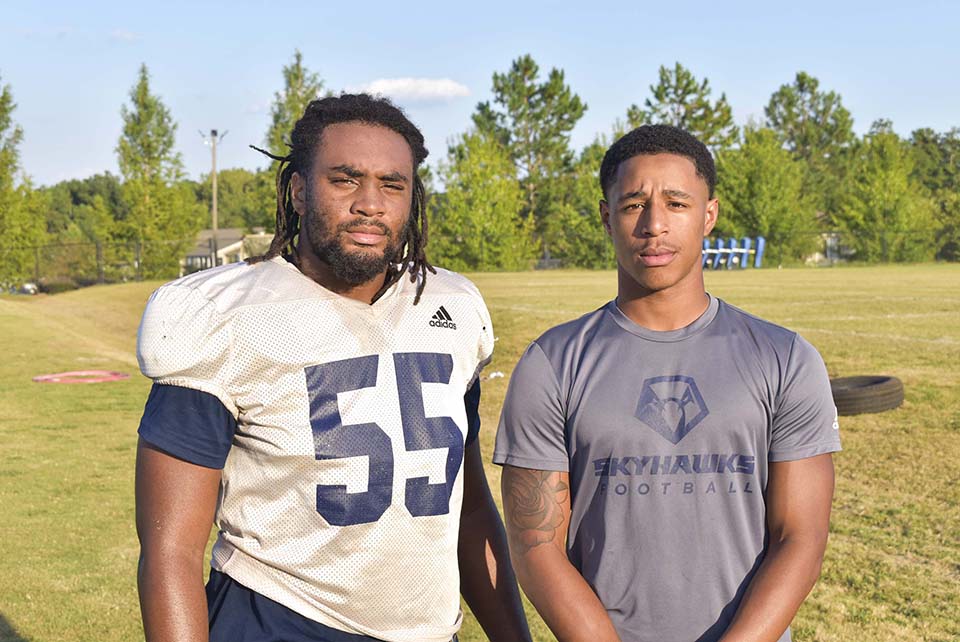 VALLEY — A pair of Point University Skyhawks have been recognized on the conference level this week.

Junior linebacker Kameron Weems was named the Mid-South Conference Defensive Player of the Week after finishing last Saturday’s game with 11 tackles, five solo tackles and a tackle for a loss.

The recognition came for both players after Point earned its first win of the season at St. Thomas.

“It’s very big [for us],” Point offensive line coach Jon Kitchens said. “To finally get that first win in the fourth week was very important, now we can build that momentum going into this week, [facing] another top-20 team. [Last week], Emery set the tone. We played well in all three phases of the game, and we can’t do that without special teams.”

Both Bryant and Weems found out about their honors from other teammates.

“Everybody just kept coming up to me like, ‘oh. Player of the Week! Player of the Week!’” Weems said. “I didn’t know what they were talking about, and then they showed me a picture of the [acknowledgment] and that’s how I found out.”

Bryant’s kick return for a touchdown came at the end of the first half to cut the Skyhawks’ deficit to three points at the break.

“He looked like a cheetah running through smoke,” Special teams coach Toney Robinson said of Bryant’s score. “He’s the fastest guy on our team, and we believe in him.”

Bryant suffered a minor ankle injury in Saturday’s win but is expected to play this week at home against No. 18 Bethel University.

As the Skyhawks’ approach the season’s mid-point with conference games four weeks away, the program hopes to see continued support from the community at home in Rams Stadium.

“Come out and support,” Kitchens, a former assistant coach at Lanett High School, said. “Auburn’s playing at 7, we play at 1:30 so we should have a good crowd.

“This is Valley’s homecoming week, Lanett is going up to Handley, so we should have a good crowd.”