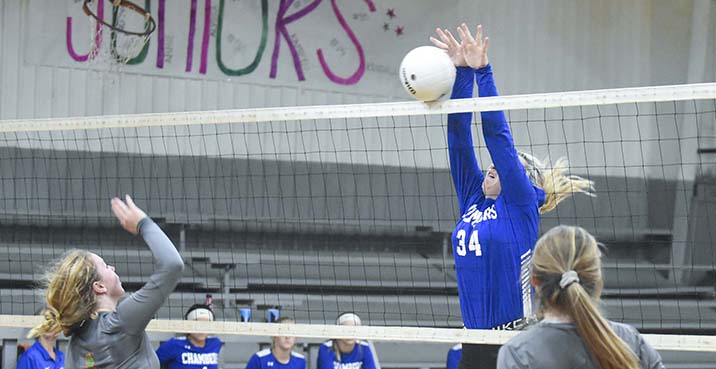 LaFAYETTE — The Chambers Academy volleyball team defeated Hooper 3-1 on Tuesday night to earn its first home win of the season.

“They played as a team,” Chambers Academy head volleyball coach Randy Bonds said. “We had a little bit of a hiccup in Game 2, but any time this team plays together, gets some good passes and hits, it usually comes together and this team comes out on top, which happened this time. I’m proud of them, they served well and played well all-around.”

This is Bonds’ first season in the role at Chambers after former head coach Jaylan Reynolds accepted a new position in Montgomery a few months ago.

Sophomore outside hitter Bailey Allen led the way for the Rebels with 15 kills and two blocks on Tuesday night.

“It felt good being in our home atmosphere, playing where we always practice, having all of our parents here and having our guys support us,” Allen said. “It felt good to get our first home win today.”

Last season, Chambers Academy advanced to the state semifinals with a corps that was led by mostly-underclassmen. A year older now, the team looks to continue pushing the program’s expectations.

“We want to get better than what we were last year,” Allen said. “We expect to get back to the Final Four and even win the state championship this year. We’re pushing hard this year to get even better.”

The Rebels are scheduled to return to action on Thursday at Restoration Academy in Fairfield.