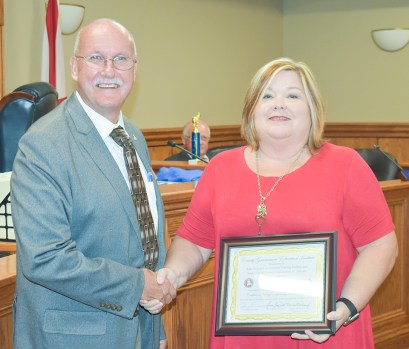 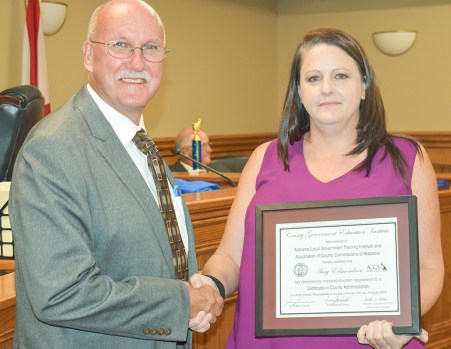 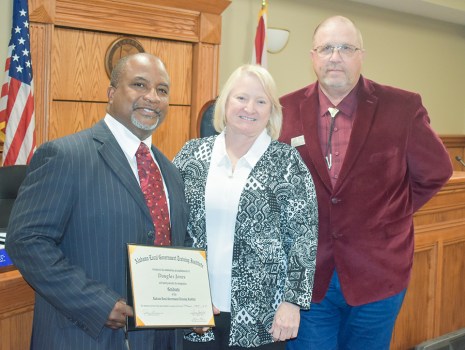 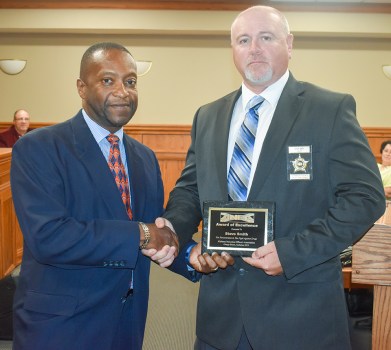 LaFAYETTE — The Chambers County Commission was in the mood to hand out congratulations Monday night at its regularly scheduled meeting.

Employees in the engineering department, commission members and an agent with the Chambers County Drug Task Force each received accolades Monday night for their work.

Chambers said this is the seventh time somebody in the Chambers County unit has received the award.

“It is based on the numbers you put up,” he said. “The hard work that these guys do, the time they put in, getting up out of their bed and going to calls at 2 or 3 in the morning.”

Also, on Monday, Commissioners James Williams and Debra Riley each received a certificate from the Alabama Local Government Training institute for completing 50 mandated hours of training. Commissioner Doug Jones received a similar certificate but for 120 hours because of an additional 70 hours of optional training.

Commissioner Sam Bradford was nominated to the Association of County Commissions of Alabama Board of Directors for District 8 and the ACCA recognized chairman David Eastridge for 20 years of service in county government.

Anglin and Edmondson both completed a series of classes to earn their certification.

Chambers County Engineer Josh Harvill said both employees are vital to the county.

“We definitely don’t want to lose them,” he said.