Citizens speak out about property taxes at TCSS work session 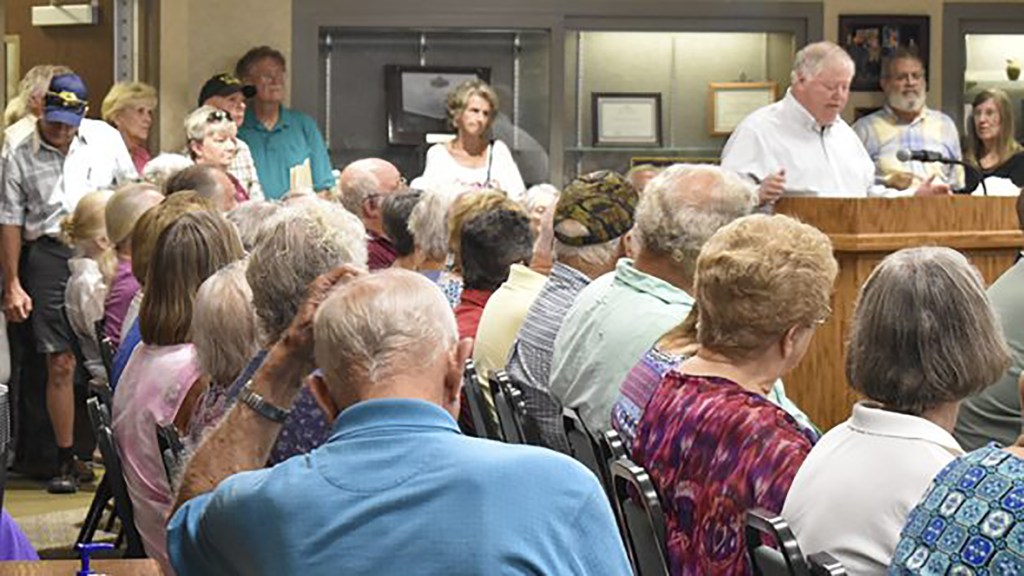 It was standing-room only Monday night at the Troup County Board of Education meeting to discuss school tax bill for senior citizens. -- Alicia B. Hill

The hottest item up for discussion Monday night at the Troup County Board of Education work session wasn’t on the agenda, but it was standing room only with citizens attending the meeting to share their frustration over their property tax bills.

During the public comment portion of the meeting, several speakers asked the school system to reconsider charging senior citizens a property tax or to offer more discounts to seniors.

“I am speaking for some family and senior friends who could not come, and their thing is none of them on a budget income like we have can afford for our taxes to go up year after year,” said Martha Thomas, a citizen who spoke at the meeting.

Several speakers told the school board they knew seniors who had to choose between medical needs and paying their property taxes.

The Troup County School System charges the highest millage rate of any one governing agency in the county, and while that rate did not go up this year, the assessed value of many homes did, which led to higher property tax bills.

For citizens living in unincorporated Troup County and the City of LaGrange, the school tax portion of the bill makes up 67 percent of property owner’s total property tax owed. These amounts are voted on by the governing bodies as millage rates, and a tax rate of one mill represents a tax liability of $1 dollar per $1,000 of assessed value.

Many speakers asked if that rate could be discounted for seniors or waived entirely.

“At present, Troup County offers only the mandated state exemption of $4,000 for seniors 65 and up,” said Randy Atkins, a citizen who spoke at the meeting. “Out of the 159 counties, only 52 counties offer only the state mandated $4,000 exemption. … Tonight, I believe Troup County can and should do better.”

Atkins pointed to other counties that offer larger tax exemptions for seniors and higher test scores.

“Three out of five of our surrounding counties offer as much as five times the same standard deduction,” Atkins said. “Some of these counties are at the same time operating on a much smaller budget than Troup County while producing better results on test scores than Troup County, so there seems to be no correlation between dollars and test scores.”

According to estimates from the U.S. Census Bureau, 14.8 percent of the population of Troup County is 65 years of age or older. For comparison, 24.2 percent of the population of the county is estimated to be under the age of 18-years-old. Atkins said that his understanding was that eliminating the tax for seniors would have a $3 million impact on the school system’s budget, which had a total of $114,154,768 in expenditures for the 2018-2019 fiscal year.

Because property tax amounts have already been approved by the state and sent out to property owners, even if the school board were to take immediate action on the request to provide exemptions for seniors, the requested exemption would require state approval and a local vote in order to take effect, according to Troup County Tax Commissioner Shane Frailey.

Following its policy, the board did not vote on the property tax concerns, but said it would be taken under consideration.

“We appreciate everyone coming out,” Hancock said. “Obviously, this is a very important matter, and we will take that into deliberation and will get back.”

The Troup County School Board will meet again on at 5:30 p.m. on Thursday at 100 North Davis Road in LaGrange.