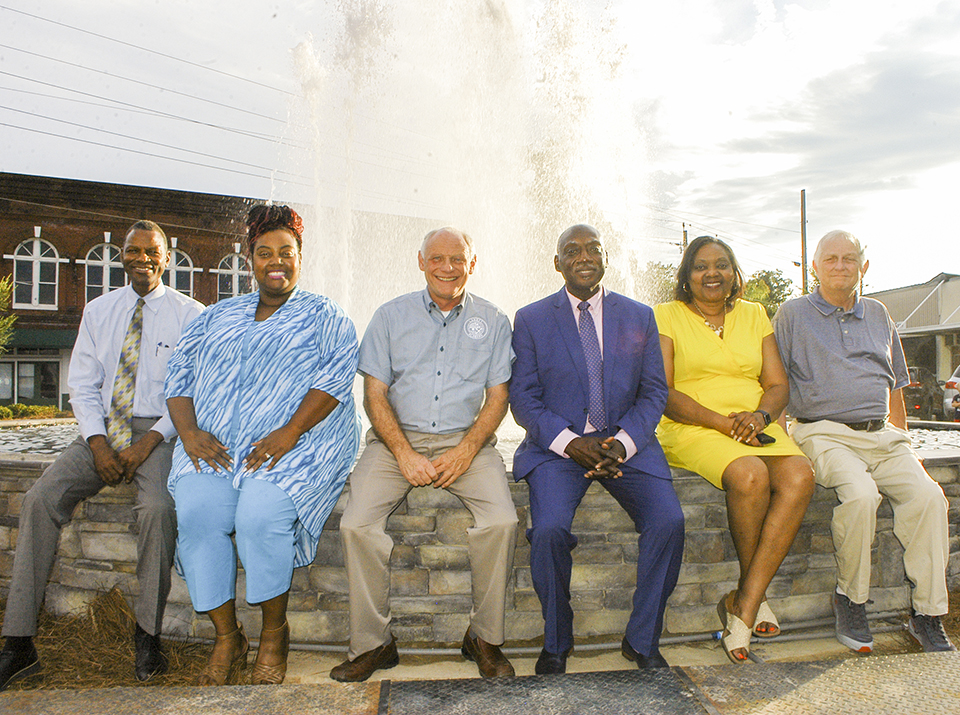 The budget is higher than it normally is due to the inclusion of grant money. Part of those funds come in the form of an $8.1-million is from a Federal Aviation Administration (FAA) grant for a runway extension project at the Lanett Municipal Airport. It will be the second extension since the airport was closed for construction and will lengthen the runway to m0re than a mile, making it one of the largest in east Alabama.

The city is budgeting its portion of a grant for Phase IV of the streetscape project, which will be for the east side of North Lanier Avenue.

“We are putting in our match for the project, and we feel good about our chances for the federal share,” Lanett Mayor Kyle McCoy said. “We have done all we were supposed to do on our end.”

The city has put $350,000 in the budget for its share of a new airport terminal. It’s partnering with the Chambers County Development Authority on this project.

A total of $500,000 has been budgeted for street paving next year. The city is currently paving a street to connect Highway 50 with Magnolia Road.

“This is a very good budget,” Councilman Tony Malone said. “It addresses capital improvements we need.”

In other business, the council had a second reading and approved a cable ordinance for Spectrum Southeast LLC. It replaces a previous ordinance approved in the name of Marcus/Charter. The only change is the company name.

A resolution was approved to seek a $24,000 grant from the Alabama Department of Economic and Community Affairs (ADECA) that would enable the Lanett Police Department to purchase equipment such as body cameras, tasers and computers. With this money, LPD could purchase seven body cameras, 20 bulletproof vests and 26 outer carriers with pouches.

Another resolution concurred with the East Alabama Water, Sewer and Fire Protection District and the Huguley Water Authority to set the compensation for the directors of the Chattahoochee Valley Water Supply District. The directors will get $400 per meeting and the chairman $600 per meeting. There are three directors and one chairman.

The council also approved a resolution to allow Alabama Power Company to place a street light on 18th Street SW in the West Shawmut community.

At 5:30 p.m. EDT on Thursday, the annual membership meeting will take place at King Auto Corner. On Wednesday, Sept. 25, the Chamber will co-host a Census Committee meeting. The next day, Chamber officials will take part in an open house at Vines Funeral Home in LaFayette. On Oct. 25 there will be a Let’s Do Breakfast at Dunkin’ Donuts in Valley and on Nov. 20 a State of the City Lunch and Learn with the Chambers County School District and Chambers Academy. There will be a Chamber-sponsored Shop Local promotion between Nov. 18 and Dec. 24.