Our View: Be patient with Point football 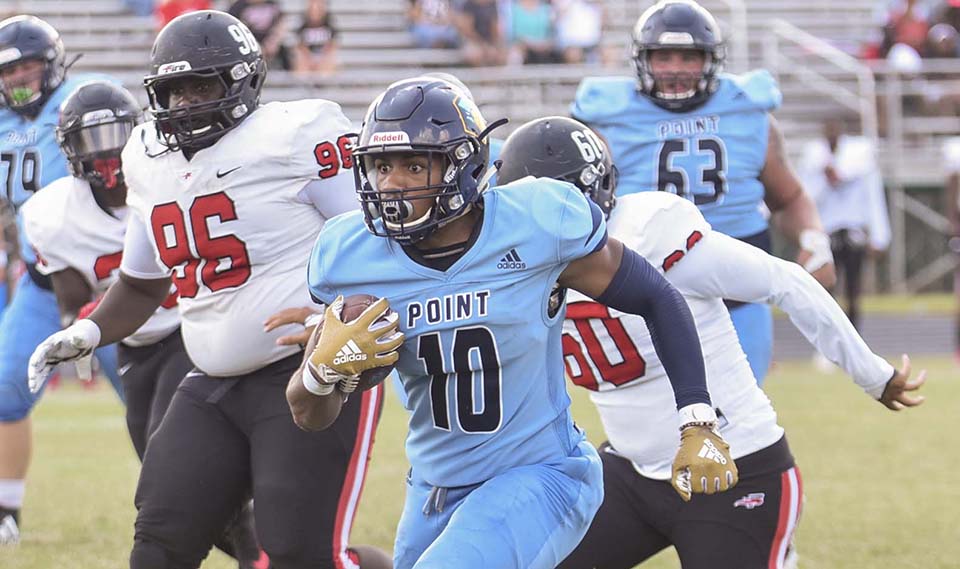 It’s easy to look at Point University’s football record and final scores from this season and write the entire program off. Through the first three games of 2019, the Skyhawks remain winless, losing by a combined total of 105 points.

Context is always important in these scenarios.

Then, the team traveled to face NAIA No. 13-ranked Lindsey Wilson College before coming back home to host NAIA No. 19 Southeastern.

What must be understood is that Point is simply facing some of the best competition in the country from every level at Division-I to NAIA. The final ranked opponent the Skyhawks have scheduled is NAIA No. 8 Reinhardt on Oct 19.

The truth is, nobody knows how this team will fare against an unranked opponent. It’s also very important to keep in mind that this is Point’s seventh season of existence with the inaugural season kicking off in 2012.

It takes decades for many programs to build tradition and culture. The culture begins with community support. If residents around the Greater Valley Area supported the Skyhawks nearly as much as they supported the high school teams, a certain amount of pride can be established for the program, creating a better atmosphere, which would result in easier recruiting and ultimately a better product on the field.

As of today, it’s easy to patronize a seven-year program led by a fourth-year head coach, but perspective is always key in these scenarios. Point football is just getting started and the program is trying to build an important legacy that can last forever.

Chambers Academy and Lanett High School are arguably both in the midst of their program’s golden years for football right now.

The region and state championships weren’t won in seven simple years. Rebel and Panther pride weren’t established within seven years, it was a process and community members should respect the Skyhawks’ process.