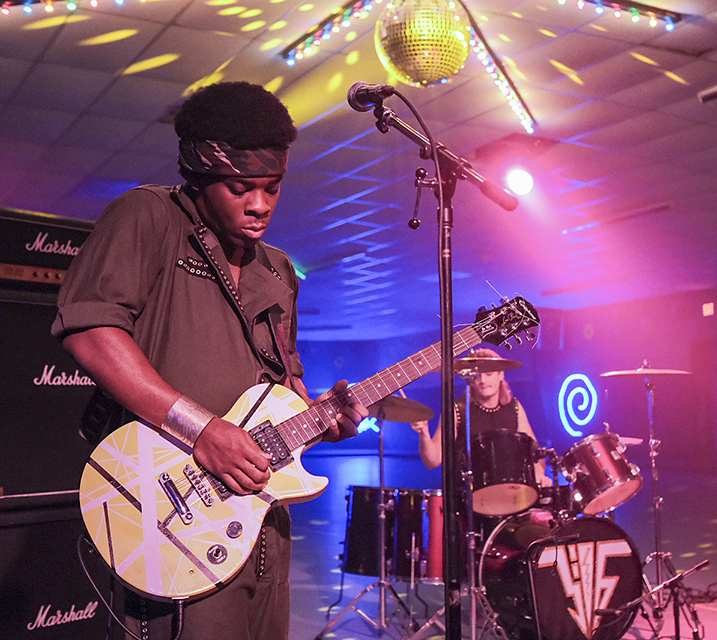 Many people in Valley wouldn’t know it but a massive film crew took over the Valley Community Center and the Skatin’ Rink in Valley Tuesday afternoon.

The set of “Electric Jesus” shot a few scenes at the skating rink, and if you read Wednesday’s edition of the Valley Times-News, you saw that we had an inside look at the set.

“Electric Jesus” is based in Columbus, and was described by movie Director Chris White as a trip back to the 80s, featuring a Christian rock band. However, the filmmakers wanted an authentic location with an 80s feel.

Apparently, The Skatin’ Rink was that place. Who would have thought that place would be in Valley, Alabama?

When the film comes out sometime next year, Valley will be immortalized on film forever.

White said it would be cool to have a screening at the Valley Community Center before the film is released nationally. Let’s hope all of the logistics work to make that possible.

Additionally, a big shout out goes out to Jason and Carmen Turnham keeping the skating rink in great shape and well-maintained. Without them, there is no skating rink for “Electric Jesus” to shoot at, and it likely would have gone somewhere else.

For now, those in Valley who have skated at the rink as kids and anyone who skates there now should be proud and excited the rink will be in the film. Moreover, we should be excited about the prospect that a piece of the Greater Valley Area will live on forever.

From what it sounds, those growing up in the 80s will love this film. We can’t wait to see it.