OUR VIEW: Some heroes have four legs 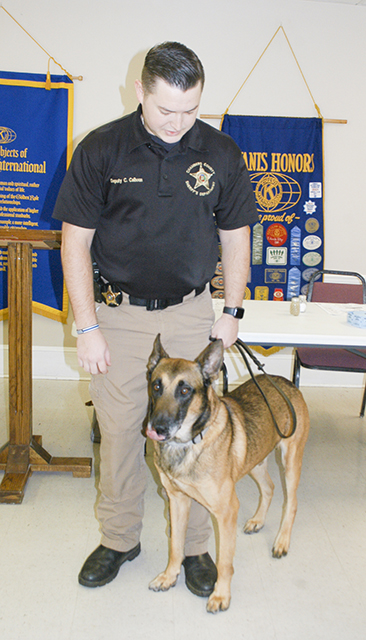 There are many heroes to thank for keeping our communities safe, but one group of heroes often goes unnoticed.

These heroes have four legs, a tail and a keen sense of smell that is unmatched. They are the K-9s of law enforcement.

The Chambers County Sheriff’s Department is closing in on its 20th anniversary of training K-9s as valuable members of the law enforcement community.

Canines not only become part of their handler’s family but help protect and serve our community. For the most part, they sniff out narcotics during traffic stops and track suspects as they attempt to flee from police.

But they also find themselves in the line of fire just like their human counterparts.

The Chambers County Sheriff’s Office very first dog, Narco, was killed in the line of duty back in 2003. Narco jumped in front of a shotgun blast that was meant for a deputy.

Just across the state line in Troup County, Chico, was shot while tracking an escapee and later was diagnosed with cancer and passed away.

Many states, including Alabama, have passed laws that make it a crime to injure or interfere with a police dog, which solidifies their role as full-fledged police officers.

When we recognize local law enforcement, let us not forget the four-legged members who track criminals, sniff out drugs and play an integral role in many police investigations.

In many cases, police dogs venture into areas so that humans don’t have to, putting themselves in danger so that their handler can stay safe.

We commend the Chambers County Sheriff’s Department for their continued training and use of these animals to keep our communities safe.