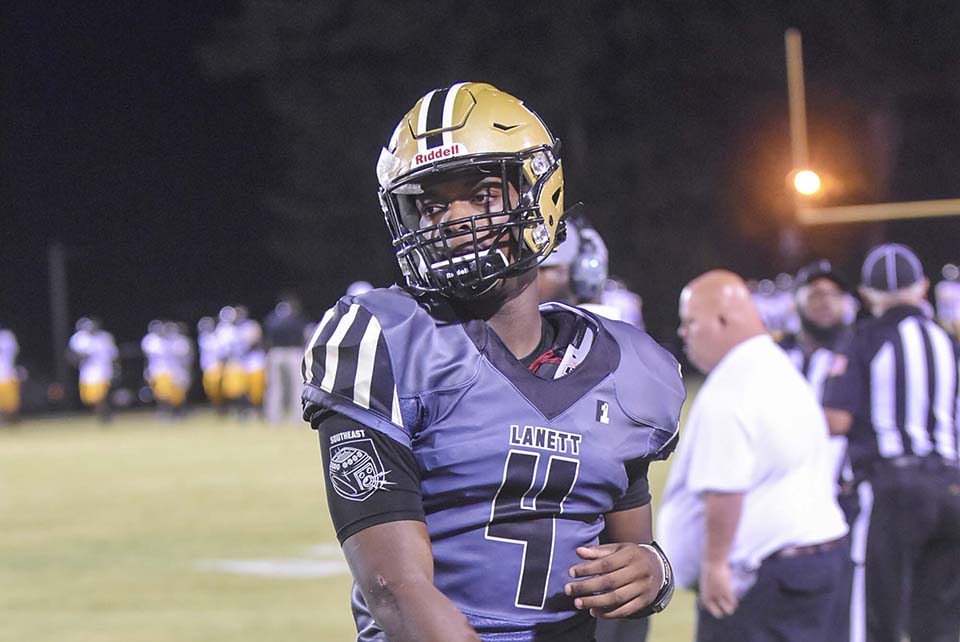 Rashad Milligan | Times-News warm up: Lanett senior quarterback Kristian Story throws a pass on the sideline at the end of halftime against LaFayette on Aug. 30.

The halfway mark of the regular season is also homecoming week for three local teams tonight. Beulah, LaFayette and Lanett are all hosting homecoming festivities this week.

The Bobcats of Beulah (3-1, 1-1) are ready to host Southside High School, Selma (1-2). Last Friday, Beulah got a huge road 60-6 victory at Prattville Christian Academy. Junior quarterback Kaleb Abney completed 8-of-9 passes for 225 yards and two touchdowns in the effort. Southside is coming off of a 63-6 loss to Pike Road. In 2018, Beulah defeated Southside 42-34.

LaFayette (2-1, 2-0) is hosting Reeltown (4-0) in a region showdown. The Bulldogs are coming off of a dominating 50-16 win over Thorsby to avenge last season’s 18-14 loss to the region opponent. Senior KeAndrae Peterson returned an interception 95 yards for a touchdown in last week’s victory. Reeltown is coming off of a 40-0 win over Horseshoe Bend last week. In 2018, Reeltown outlasted the Bulldogs with a 28-21 victory.

Troup County (3-0) will play the role of the visitor tonight at Callaway Stadium against Callaway (2-1). The Tigers are coming off of a 27-21 win over Harris County in a late-game thriller. The Cavaliers are coming off of a 69-0 win over Cross Keys. In 2018, Troup County topped Callaway 37-20. Last season’s matchup including the viral moment from now-Georgia State freshman wide receiver Jamari Thrash blowing a kiss to the Cavaliers’ defense on his way into the end zone.