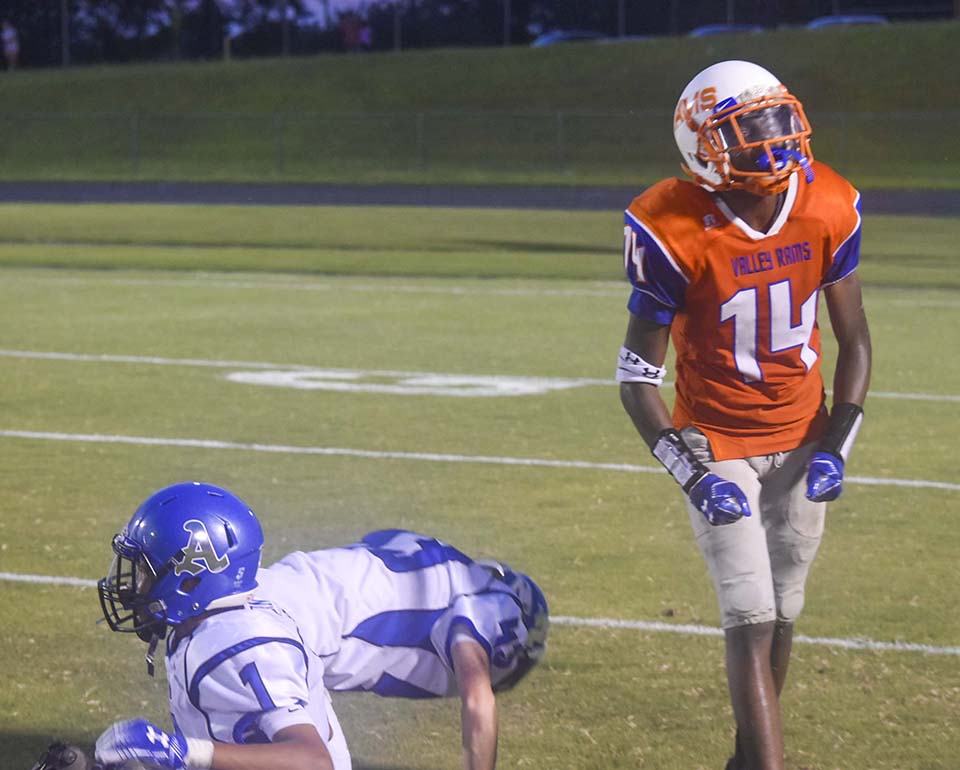 “Our kids fought hard and for about 80% of the game, we led,” Valley freshman head football coach Mike Power said. “For almost four quarters, it was a 6-0 ball game.”

Auburn then scored before Valley got a defensive score in response, giving the Rams a 12-7 advantage. Auburn later scored a “busted play” Power said, but the Rams prevented the visitors to convert the two-point conversion.

On Valley’s final drive, the Rams got into the red zone, but after an offensive penalty, a broken up pass and a dropped ball, the possession ended in a turnover on downs, leaving Auburn to run out the clock in the final minute.

“Their defense did a great job of stepping up and stopping us,” Power said. “Discipline is something that we were harping on with the kids. We lost it a few times and I think that was the difference in the game, but I’m extremely proud of these guys. They only lost by one point to a 7A team. They have 80 kids, we’re dressing out 34, they’re twice as big as we are, so I’m proud of the effort that my guys gave.”

Quen Story, Jakari Dunn and Tysean Darden led the Rams with three tackles on the night.

“This is a special group of kids,” Power said. “They fight hard. The great thing that I  like is that we have a couple of stars, but we are a true team out there. We have 11 guys that go out there and compete and we don’t know who’s going to get us that victory. It could be anyone’s night. The last time we played was against Smiths Station and we had five guys score. We’re not depending on one or two players, we have 22 guys out there and they’re doing a heck of a job. I’m extremely proud to be their coach.”

The freshman Rams return home on Sept. 16 to host Beauregard.