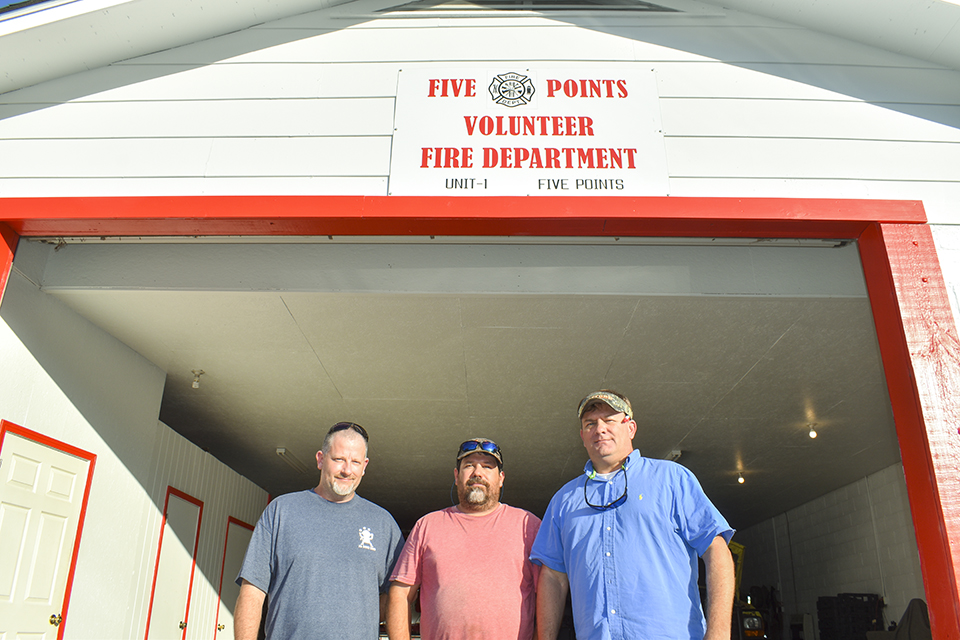 FIVE POINTS — The U.S. Department of Homeland Security has been busy handing out grants to volunteer fire departments within Chambers County.

On Sept. 17, the congressman announced that Five Points would receive a $183,799.04 to help purchase new operations and safety equipment.

Five Points Fire Chief Joseph Daniel said the department has been awarded another grant for about $248,000 for a new fire truck.

On Tuesday, Rogers said that Fredonia would receive a grant for $333,333.33 for a new vehicle, new operational equipment and new safety equipment.

Rogers said the grant should be awarded under the 2018 Assistance to Firefighters Grant Program, an essential federal program which supports first responders across Alabama and the nation.

According to the Homeland Security Department, which administers the grant, the purpose of the program is to award funding directly to fire departments, nonaffiliated EMS organizations and state fire training academies. These awards aim to enhance first responders’ ability to protect the health and safety of the public, as well as that of first-responder personnel, concerning fire-related hazards.