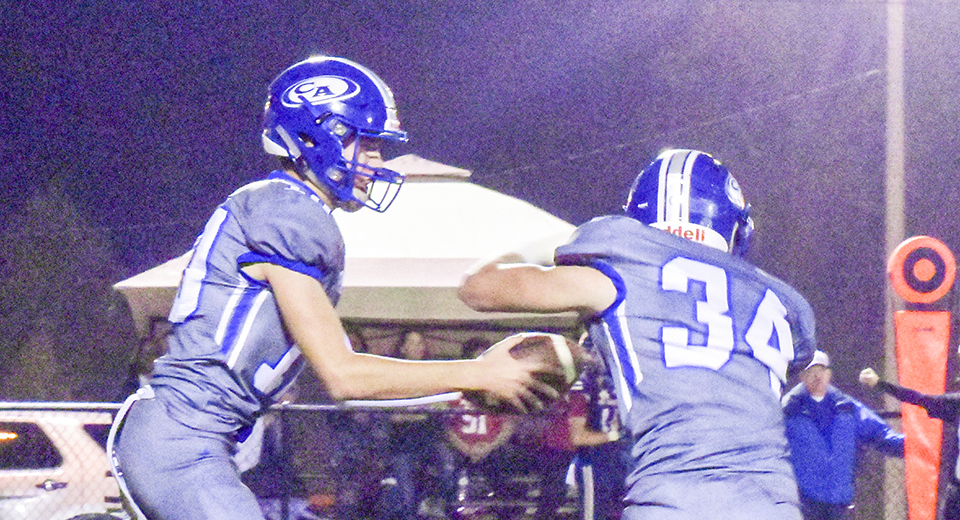 LaFAYETTE — There was an unusual feeling at Tolbert Field Friday night as the Chambers County Rebels 43-game regular-season winning streak was snapped with a 42-20 loss to Bessemer Academy.

“Sometimes, you get your tail whipped,” Rebels head coach Jason Allen said. “We did tonight. We didn’t play particularly well.”

Friday night’s contest started as a defensive battle with no score after the first quarter. Chambers Academy finally put points on the board with 11:33 in the first quarter after several chunk runs by sophomore running back Jordan Benbrook. The drive was capped off by at 12-yard touchdown run by Braxton Allen.

Allen finished with 100 yards on 22 carries and two touchdowns.

On the next drive, Chambers Academy junior quarterback Payton Allen hit senior Caydon Smoot for a big play to the Bessemer Academy 23-yard line. However, the drive stalled when senior running back Dijon Darden was stopped short on a fourth-and-two play.

Bessemer junior running back Jarvis Dancy took the next snap 81 yards for a touchdown putting Bessemer up 14-6.

Bessemer head coach Josh Wright said after the game that his team has relied on the big play all season.

Chambers Academy had a big play of its own ready on the next drive as Payton Allen scored on a 45-yard rush to tie the game after converting the two-point try.

Payton Allen finished the game with 157 yards rushing on 18 carries and a touchdown. He was 5-of-10 passing with 84 yards and two interceptions.

With the score tied at 14, the wheels started on come off the Rebels winning streak. Bessemer senior Josh McMillion took the ensuing kickoff back 70 yards for a touchdown putting Bessemer up 21-14.

Then, with 1:43 to play in the first half, Payton Allen threw a backward pass to Braxton Allen that fell to the ground for a fumble and was recovered by Bessemer. One minute later, Dancy was in the end zone again, putting Bessemer up 28-14 at the half.

Coach Allen said the blame for the turnover goes to him.

“We should have just run the ball and went in down a touchdown,” he said. “I took an unnecessary gamble and threw a backward pass, and they got on it. That hurt us.”

Coming out of the half, Bessemer scored quickly on a McDonald 38-yard touchdown pass to sophomore wide receiver Eli Boisel.

Then, Payton Allen was intercepted by senior defensive back Josh McFarland on the next drive.

Braxton Allen was able to score on a one-yard touchdown rush with 5:44 in the fourth quarter to bring it to 42-20.

Although Bessemer pulled away in the second half, Wright said Chambers Academy is a special team.

“That squad over there, No. 10 (Payton Allen) and No. 34 (Braxton Allen), that’s a special group,” he said. “Coach Allen does a great job getting them in the right play. We settled down and was able to get a few defensive stands and get the momentum on our side.”

Coach Allen said he felt the offense ran the ball well Friday night, but the Rebels needed to possess the ball longer and reduce the errors to stay in the game.

Chambers Academy has a week off and then they host a playoff game. Allen said he knows his team will be ready in two weeks.

“Knowing the guys we got, the senior class, they are going to come back hungry and ready to prove something,” he said. “I ain’t worried about that at all. Hopefully, it’ll light our fire a little bit brighter and a little bit hotter.”