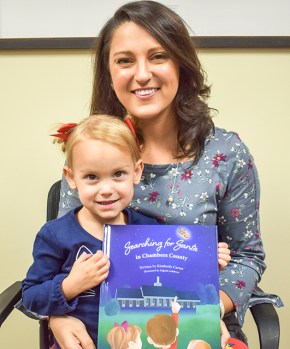 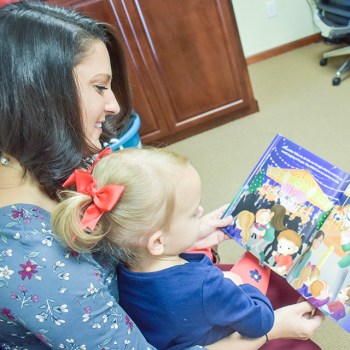 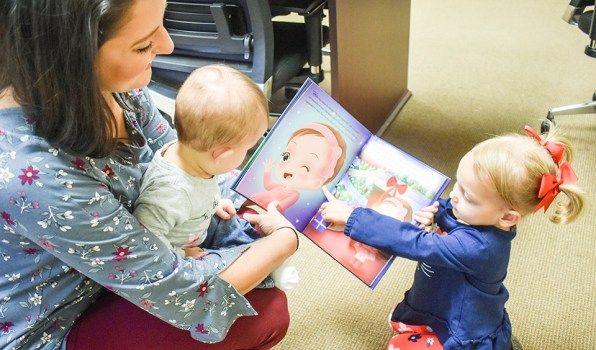 A new children’s book, “Looking for Santa in Chambers County,” features local landmarks and holiday traditions. It was written by Kimberly Carter of the Chambers County Development Authority.

“This was a bucket list item,” Carter said, on writing her first book. “I wanted to preserve the traditions we have in the community, so this was my way of doing it.”

It’s the story of her oldest daughter Adalyn, 2, who steps into Chambers holiday traditions like the merry-go-round while trying to track down Santa Claus.

One of Carter’s friends recommended Mascot Publishing in Virginia, and it was a good match.

“They were great to work with,” Carter said. “They walked me through the whole process.”

Mascot even found her an illustrator. Carter got to see work samples from several artists and eventually chose Ingrid Lefebvre.

“The character looks just like my daughter,” Carter said. “I told the artist she is into all things pink, and she has big eyes and short hair. She was spot on with the illustration.”

Carter is the director of marketing and recruitment at the development authority. She’s been part of a six-year rebranding of the county, along with its three cities and three towns. She got permission to use all the new logos in the book.

“Our motto is ‘Strength Woven In’,” Carter said.

Carter made sure she wove the strength of local traditions into the story.  Besides Chambers and its cities and towns, the book features the Development Authority, the Chamber of Commerce, the library, East Alabama Water, Huguley Water, Chambers County Schools and Lanett City Schools.

In the book, Adalyn goes to the merry-go-round, the Valleywide Christmas Parade, the City Christmas Festival in Lanett and the tree lighting in Lanett.

Little sister Catherine, 7-months old, was not around for the book’s creation. Carter said if there is another book, she might make an appearance.  A second book is possible, and Carter credits her publisher for that.

“The process was no stress at all for me,” she said. “They made everything so easy.”

The book is available at mascotbooks.com and at the Chambers County Development Authority office in Lanett.