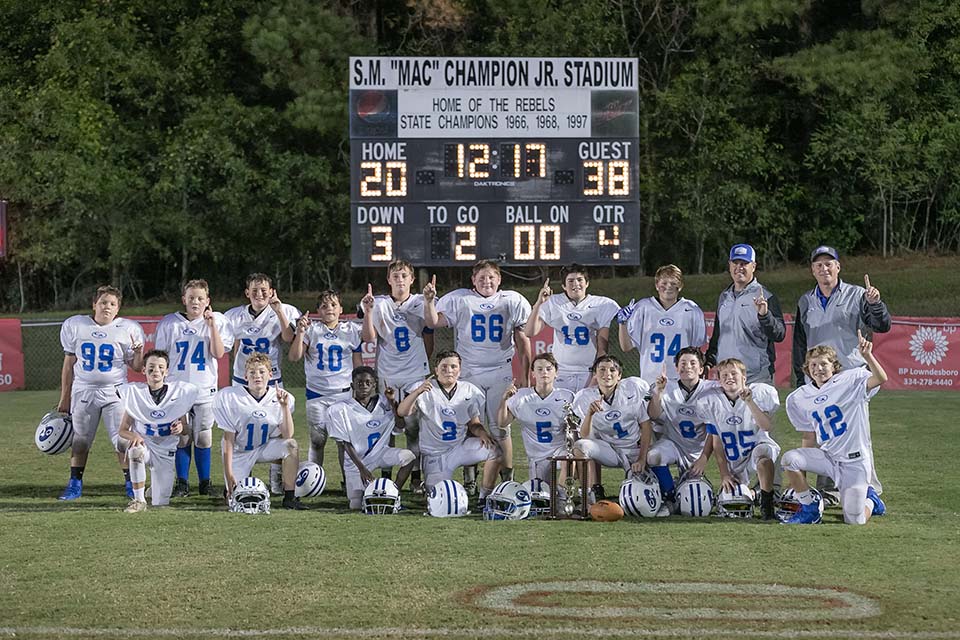 “They’re a great group of kids,” Chambers Academy peewee head football coach Jason Allen said. “They were excited to go over there and play, and fortunately for us, we were on the west side of the state so the weather wasn’t so bad. It stopped raining around lunch and then it didn’t rain anymore.

Monroe Academy and Morgan Academy were also at the statewide tournament, Allen said.

The peewee team runs the same playcalling system that the Rebels run on the varsity level.

“I think it’s huge because that’s our future,” Allen said. “Our varsity staff works with all three teams (peewee, junior high and varsity).”

Allen later said that the players watch the varsity games on Friday night, and the Rebels’ recent success of winning 56 of its last 61 games motivates them to stay in the program growing up.

In addition to being proud of the team’s growth on the field this season, Allen said he’s equally proud of the group’s off-the-field growth as well. With that age group, he said he also has to teach the players how to treat schoolwork and how to respect others.

“I thought they made good strides in being good friends and teammates to one another,” Allen said.