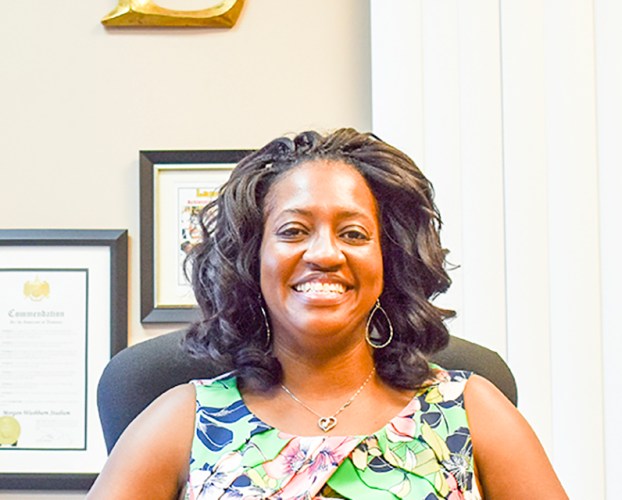 Boyd said it feels great to drop the interim tag from her title.

“I am so excited, and I feel so blessed to be given the opportunity to serve and lead in the community where I still reside, grew up at and know everybody,” she said Wednesday evening.

However, now that she’s the full-time superintendent, it’s time to continue the work she has already started.

“I’m looking forward to doing more,” Boyd said. “We have already identified some areas that we want to focus on for this school year. I am excited about the things that are coming forward in the next couple of weeks.”

Boyd was selected over two other candidates who participated in a public interview Monday night with the board of education.

Board President Gwen Harris-Brooks said Boyd was the top choice because she is a person from the Lanett community who is dedicated to improving the school system.

“She has already shown the community what she is about and has exhibited her leadership abilities,” Harris-Brooks said. “She is here in the community and goes to church in the community. I just want to thank the constituents that called me to help us make a decision.”

Boyd had strong support from the outgoing superintendent when it was announced she would be taking his place on an interim basis.

Johnson said it was easier to leave his post in July because he knew the district was in good hands moving forward.

“I know who will be stepping into the office, and I think that is a great decision on the board’s part,” he said. “Boyd’s direction of the high school has flourished under her leadership, and I think the district will too.”

Boyd will officially step into the superintendent role after being sworn in at a later date in November, dropping the interim tag from her title. Harris-Brooks said the school system and the city are working on a date to have a ceremony at Lanett City Hall in November.

Moreover, Lanett Board of Education Attorney Bob Meadows and Boyd will soon begin working on the details of the contract, Harris-Brooks said.

Rebels fall to No. 5 in latest prep poll, Lanett remains at No. 3

A week after earning its first No. 1 ranking in program history, Chambers Academy (9-1, 4-0) slid down in this... read more